Merseyside-based author Ian Collard has compiled an impressive history of Wallasey, which is based on the Wirral peninsula, bordered by the suburbs of New Brighton, Liscard and Poulton. 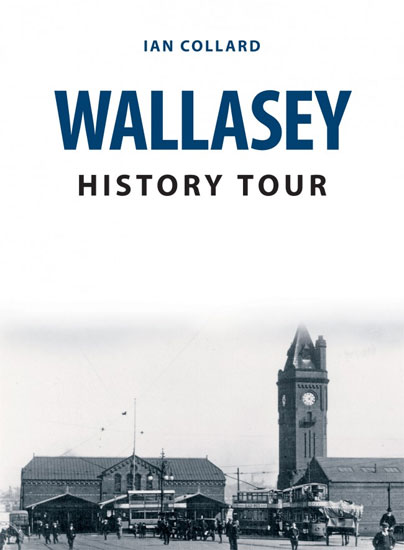 The pocket-sized paperback guide contains 79 archive photographs, depicting how Wallasey has changed over many decades, helped at the beginning of the book with a location map.

They include a photo of a crowded Seacombe ferry terminal in 1933. At that time there were 16 bus routes in Wallasey and buses waited at the terminal for passengers to embark from the ferry.

The Dock Road in Wallasey consisted of a grain warehouse, as well as a ship propeller manufacturer called Marine Propulsion.

This company designed and manufactured propellers for over 200 years for many notable ships in Britain and throughout the world.

The anglo-saxon name for Wallasey in the Domesday Book was known as ‘Kirkby In Wallay’ up until the fifteen century.

Some of the photos used surprisingly show how busy the roads were as well as the large crowds going shopping. This is evident in the images of Liscard after the Second World War. This area became one of the main shopping areas in Wallasey.

I was surprised to discover that Wallasey has a Greek Orthodox Church, called St. Elisabeth.

A fair portion of the book is devoted to New Brighton, including historical pictures of its railway station, guide dogs for the blind association, New Brighton Pier, the Tower Grounds, the promenade pier, New Brighton ferry and New Brighton beach.

I have always been fascinated by lighthouses, so it was enjoyable to view archive images of New Brighton lighthouse, built in 1827, and Leasowe lighthouse, which operated from 1772 to 1908.

Previous Post: The Monster Enters – Covid-19, Avian Flu and the Plagues of Capitalism
Next Post: Not On The Wood