This is an extensively researched book investigating 20 notable archaeological digs on Merseyside.

Both authors, Lix Stewart and Vanessa Oakden, are both closely associated with the Museum of Liverpool.

They are members of the team who curate the Museum of Liverpool’s regional archaeology collection, which includes over 100,000 objects from Merseyside, from the mesolithic to modern periods. 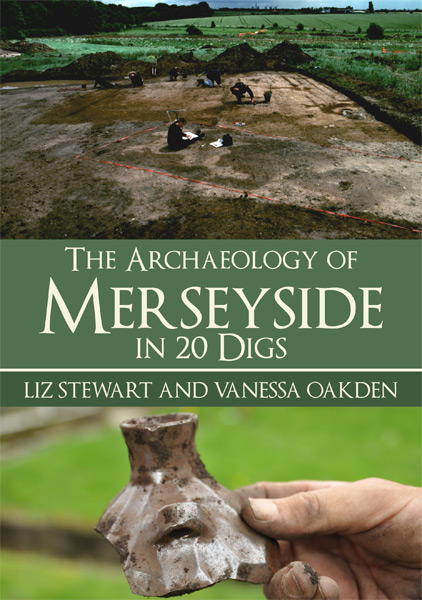 Archaeologist Andy Towle said in reference to the book, “The legacy of excavations is not only the knowledge generated, , or the experience of doing it, but the friendships and working relationships established, which endure.”

Teams of archaeologists have been investigating this history since the C19th century.

Included in the 20 digs in the book are locations such as Brook House Farm in Halewood; Ochre, Tarbock, Knowsley; Castle Hill Newton-Le-Willows ; South Castle Street, Liverpool; and the Old Dock in Liverpool.

The Museum of Liverpool have a wide-ranging work agenda related to local archaeology. They run community archaeological projects, stage exhibitions and displays and manage the development of the collection.

I am no expert on archaeology but I found this book utterly fascinating.