Sunday 24th April marked World Day for Animals in Laboratories and saw a national march take place in Cambridge town centre, as well as decentralised smaller actions around the UK and beyond. The march was organised by Cambridge Animal Rights with help from our own local group Merseyside Animal Rights (MAR) who brought a little bit of Liverpool chaos to Cambridge! MAR have been looking forward to hosting the annual march in Liverpool since 2020 and were looking forward to finally doing so as soon as we were able, however the establishment of Camp Beagle outside MBR Acres (breeder of beagles for vivisection), and the ongoing campaign to Free The MBR Beagles has brought the spotlight onto Cambridgeshire yet again. It is a vivisection industry hot bed where a range of established organisations using animals for experiments hide behind security guards, CCTV cameras and barbed wire so it was felt that this was where the World Day march should take place this year. 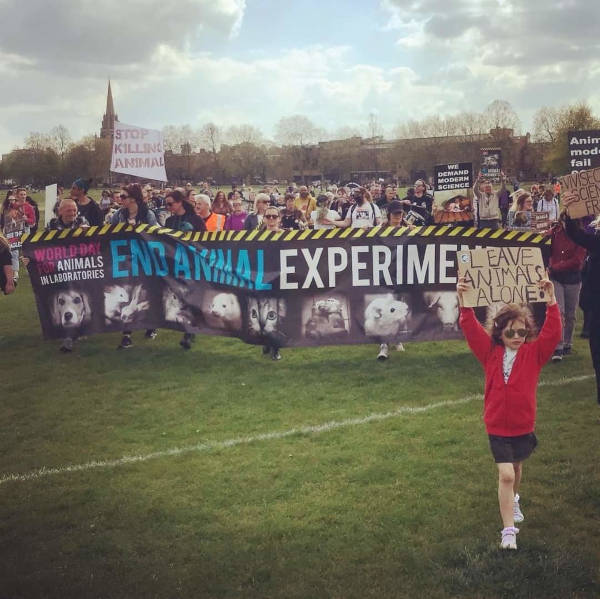 Millions of animals are used in research and testing around the world every year 1, causing immeasurable fear and suffering to the sentient creatures that are used, whose capacity to experience fear and pain is often underestimated. This ability to feel is referenced in the Animal Sentience Bill 2 which is currently awaiting Royal assent. MPs have recently voted that animals in laboratories be excluded from the protection afforded by this Bill which would have added additional safeguarding for animals used the development of weapons, cosmetics and medicines. However, the pressure on Government by grassroots organisations and the public is stronger than ever. There have been three separate parliamentary petitions in the last six months, each with over 100,000 signatures, triggering three separate debates in parliament where the arguments against vivisection and for their replacement with modern alternatives have been echoed by members of the House.3

World Day for Animals in Laboratories was instituted in 1979 and has been seen as a catalyst for the movement to end the suffering of animals in laboratories around the world, and to campaign for their replacement with advanced scientific non-animal techniques. 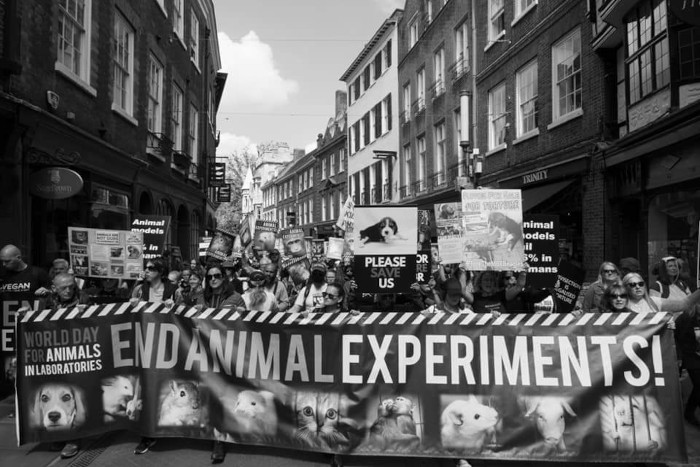 MP Martin Day, who led the petition debates, said “The number of people who signed [these petition] reflects how important the matter is to so many people. That is not surprising when we consider that every two minutes in the UK, a dog, cat, rabbit, rat, monkey, goat, sheep, mouse or fish is subject to animal testing, conducted on them against their sentience and welfare rights. Animal testing is a significant industry in the UK, where 3.4 million procedures took place in 2019. Let us not forget that animal tests have a 90% failure rate.”

That these companies insist on changing their names at intervals indicates that they know they have something to hide. This strategy will not work though – as long as they carry on abusing animals their names will continue to be associated with cruelty. 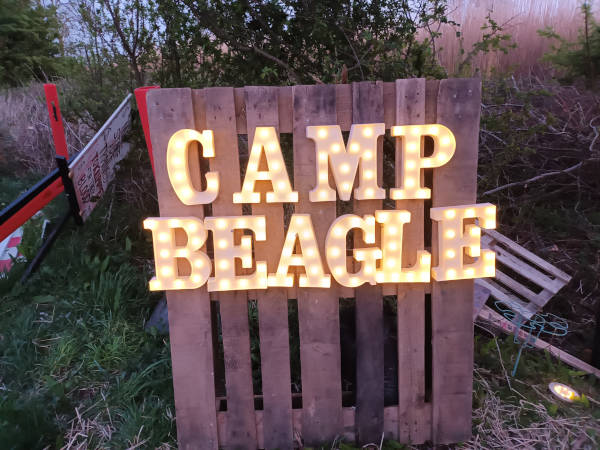 The accuracy of non-human animals as models for both toxicity testing and human disease research is increasingly being called into question.4 Differences between species means that the results delivered are often inaccurate and frequently dangerous. Nine out of every ten new drugs developed and passed as safe and effective in animals never lead to any human benefit due to ineffectiveness or unexpected toxicity when trialled in people.5 The use of non-human animals is actually delaying medical progress as well as posing a safety threat to those who volunteer for drugs trials. There are increasing calls from within the scientific community to replace the use of animals in research with more sophisticated, accurate, human relevant models. 6 Such a move would benefit both people and animals.

Sarah Austin, of Merseyside Animals Rights and spokesperson for this year’s WDAIL co-ordinating group said “The use of animals in experiments is one of the cruellest things that humans do to the creatures we share this planet with. It is sad that many people think it is justified to use animals in this way to advance human health when the reality is these experiments often hold back more modern techniques. It breaks my heart that MPs voted to exclude animals in laboratories from the protections afforded by the Animal Sentience Bill. How can we differentiate between a sentient ‘pet’ beagle, and a ‘laboratory’ beagle! Animal testing can also be dangerous such as when it shows a drug to be safe which then goes on to harm people. Causing suffering to animals is unjustifiable, but the fact that in this instance it is unnecessarily thwarting medical progress makes it so much worse.” 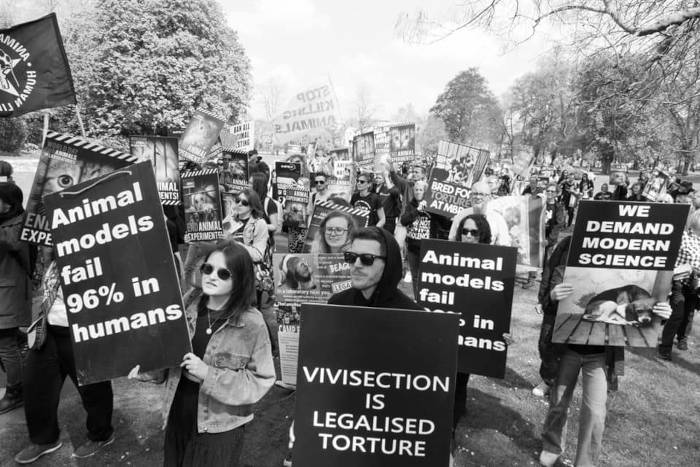 Campaigners in Glasgow have vowed to take up the baton and host the WDAIL march there next year in 2023, while MAR will be happy to take a step back, we looking forward to hosting the march here in our city before too long.