Written by Les Jones, who was born and bred in Wallasey, the A-Z of the Wirral is an outstanding book on local history.

It includes a large array of notable landmarks in this significant part of North-West England, bounded by the River Dee and Wales on one side and the River Mersey and Liverpool on the other.

This is just a selection of the many locations mentioned by author Les Jones, who also includes over 70 photographs of them. 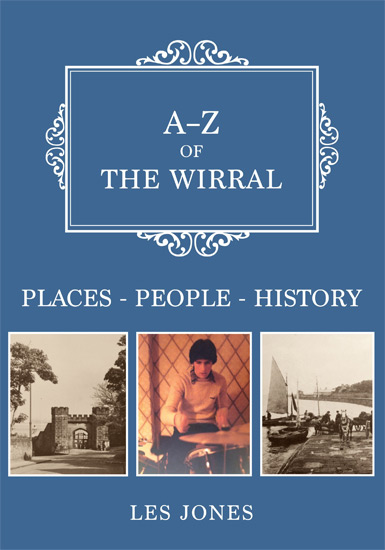 As well as pinpointing landmarks, the book also features famous residents from the Wirral. They include cricket maestro Ian Botham, born in Heswall, who I greatly admired playing for England; legendary footballer Dixie Dean, born in Birkenhead; and Glenda Jackson, also born and raised there.

In reference to Wilfred Owen, who Jones describes as probably the greatest of all the war poets, he spent time in Birkenhead when his father took a job as a stationmaster at Woodside Station.

Jones also includes Radio DJ John Peel, who I had the pleasure to meet and talk to twice. He was born in Heswall. I used to constantly listen to and often record his programmes on cassette tapes. Those were the days!! I agree with Jones that ‘his death has left a massive hole that has never been filled.’

Although comprehensive in his choice of places, people and many other links to local history, Jones states in his introduction to his book, ‘For those luminaries, who due to lack of space have missed the cut, I can only apologise – such is the lexicon of life.’