In a limbo world, changed forever by Covid, more community involvement, accountability and democracy is needed. However, the government and some local politicians have other ideas.

There’s something wrong in the structures of the political system in Liverpool, but a take-over by Tory commissioners is not the answer.

Irony 1: Government corruption and nepotism is ten times worse than in Liverpool. From a “dysfunctional culture” to “awarding of dubious contracts”, from the “environment of intimidation” to Not “Best Value” for money, the Tories lead the way.

The mismanagement in the heart of this Liverpool City Council has been highlighted many times by Nerve. One example is Liverpool Foundation Homes (see: ‘Joe Anderson redefines what a council house is’) which has now come back to bite the council on the bum after ending up with a loss of £700,000, after only building 18 homes!

Irony 2: The commissioners have actually been welcomed in by the rump left by Anderson. These same councillors for 10 years refused to defy the Tories, breaking the poor instead of the law, because of guess what? Commissioners! Now they and the new Mayor will be told how to run the city.

This is actually no different from what’s been happening under Covid anyway, where the council’s chief executive Tony Reeves has executive powers to determine decisions. (https://www.placenorthwest.co.uk/) This is the same Tony Reeves appointed by Anderson after being paid £177,000 for 4 months work as a consultant to write his own job spec! (All this is from a Freedom of Information request on whatdotheyknow.com)

There will also now be a reduction of councillors from 90 to 30. This is the answer from the Tories to a lack of accountability at the top; reduce democracy at the bottom!

Jericho dual carriageway back on

Road plans which would mean the loss of substantial quantities of mature trees, wildlife habitat and public parkland were denied by Liverpool City Council in December 2019. Now these same plans have been reactivated by the Liverpool City Region Combined Authority to support Liverpool Airport’s “growth aspirations, drive local business activity and unlock regeneration of new sites and existing brownfield land across South Liverpool for business and housing development.” (13 Jan 2021 https://moderngov.merseytravel.gov.uk/ ) 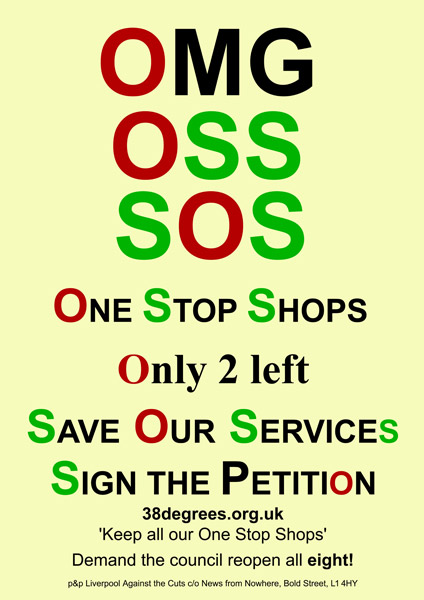 Under cover of Covid the Council took the decision to permanently close four of the remaining eight One Stop Shops which were open in March 2020. Then in March this year councillors voted to reduce this service still further. It looks like only two full-time centres will now re-open.

Given the likely increased needs of Liverpool residents as they emerge from lockdown with unemployment and benefit issues, homelessness and resumption of evictions, the lack of somewhere to go when things go wrong is going to lead to distress and anger.