Hey there, I’ve been quiet this last month but the music as ever hasn’t, there is some new stuff while I’ve been away, hope you like it! 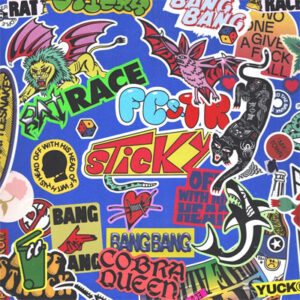 Sticky is the new record from Frank Carter and the Rattlesnakes. The title makes reference to the various situations that one can get sticky. The public relations blurb perhaps, lamely skirts around the many examples that can be found. They eventually settle on the mosh pit at gigs. But I’m sure there are alternatives out there. Which, I suppose, will be difficult to discuss here in the pages of Nerve Magazine.

Carter describes the record as post lockdown, one in which applies to the freedom we seek since the restrictions have been lifted. Politics aside It will be interesting how we use that freedom now it has been granted to us.

Frank Carter and his Rattlesnakes main mission is to redefine punk rock and bring it up to date. This could be described as pop punk with high octane vocals. Through that, they deal with subjects ranging from toxic masculinity to trans awareness issues. Add some politico lyrics and guest singers Bobby Gillespie (Primal Scream) Joe Talbot (IDLES) and there you go then, it’s another record which reflects the times we live in. Recommended listening for all you post punkers out there in Nerveland or elsewhere. 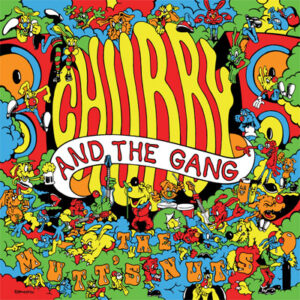 Chubby and the Gang are the latest instalment of the current trend for pub punk. The genre can be defined as a type of grassroots punk rock (with the arty bits taken out).

The original punk movement really only lasted about a year, and then was replaced by what would be called Post-punk. The movement (Post-Punk) would include original punk luminaries such as Siouxsie Sioux and Johnny Rotten, who had recently split from the Sex Pistols. This new musical direction, would be an attempt to extend the artistic boundaries of the fledgling punk scene, which now in retrospect it did in many ways.

The Sex Pistols splitting up would be seen as the starting point for the new movement. Punk purists thought otherwise. They thought in their opinion that the project had now been hijacked by middle class art students. As a consequence of this, they now saw that punk had now moved away from its working class roots. we could talk about the politics of punk which is fascinating forever, but I have a review to write so shall carry on. Chubby and his crew are based in London, and within the musical context of punk driven music, talk about the modern London lifestyle.

Chubby keeps firmly within the framework of pub-punk territory, one of working class concerns for workers rights or alternatively, having to live on unemployment benefit. The ever present possibility of incarceration in jail and a new one, which is not so much touched on in old punk songs gentrification. But, which touches many communities in London and elsewhere for that matter now.

“The Mutt’s Nuts” sees the band dabbling with various different styles. There’s a doo woop number in there, and one track “I hate the Radio” sounds like the Clash. Overall though it reminds me slightly of the Saints in the sense of embracing everything garage which is alright in my book.

For all you garage types who are salivating at the prospect of a gig with Chubby, look no further. Chubby and the Gang play Liverpool Jimmy’s bar November 18th, should be a brilliant gig as it’s a small venue, really punk rock. 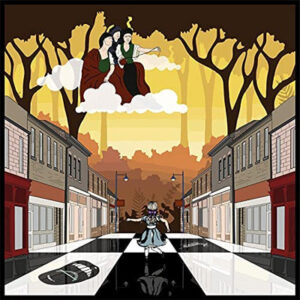 Strange one, although I must admit it does sound quite commercial. But at the same time a little bit off the beaten track. ”Oddball”comes from the yet to be released EP “Waiting for nothing” out on November 29th. It relates the idea of the perpetual outsider. After working for so long in the area of avant garde music situations I can attest to that.

They definitely make a racket for two people, although to be brutally honest it sounds like hard rock to me. The amazing sound mix by Tarek Musa (Spring king/Dead nature) makes this worth a look, for hard rock fans too perhaps.

The group originally formed in Newcastle in 2019 by guitarist/singer Rachel Whittle with the addition of drummer Scott Jerry. They have been compared to other alt rock acts such as Deep Valley from the US, looking forward to the EP. 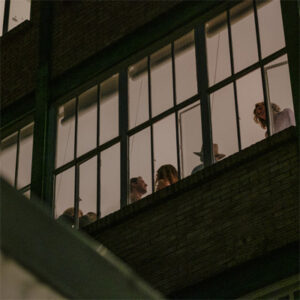 Somethinggreater is an interesting taster for the new album (night/day) The video is a bit strange but then again perhaps it’s me getting old. The song though which is the important bit I suppose, is really strong.

It sounds a bit like White Denim, another band who are exploring seventies adult orientated rock themes. Think Little feat, Boz Scaggs. And Fleetwood Mac perhaps. Fleetwood Mac to their credit, tried to shake that tag off after the success of “Dreams”.

The band describe the song as cowboy disco and indeed its sexual overtones are quite ambiguous as to ascertain quite what’s going on, but that’s interesting in itself.

The idea for the song came about through jamming through a demo that one of the members had written. The atmosphere that the song brought about reminded them of the feeling of being lost in a nightclub, surrounded by people but feeling lonely at the same time.

This mirrors the new album themes of identity and sense of loss, belonging versus loneliness. what we reveal to people or the outside world, and the person we actually are, or would like to be, if we allowed ourselves to open up. The album then reflects on this duality to our characters within the two sides. Night / day. This all sounds good to me, I can’t Wait. The album will be released in November on Because Music. 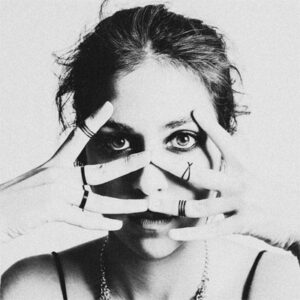 Releases her new single or better to say it’s unleashed on an unsuspecting public actually it’s quite awesome. It could be described as post shoegaze, its torrent of sound pours itself over the listener. She is aided by some industry heavyweights such as Brett Shaw, who has worked with FOALS and Florence and the Machine. The single is mastered by John Davies who’s worked with The Killers and Lana Del Ray.

Nadia plays Jimmy’s club in Liverpool on the 22nd October, should be worth checking out.