1972 was the year music rocked. It was in many ways a cataclysmic year for music releases from every type of musical genre but it also marked the end of the progressive underground era. During this period we would see a new beginning in music and culture.

These excursions in sound, would ultimately be a springboard for many different music movements. This important time in music can be seen as the bridge between the progressive sixties and later movements such as punk and new wave.

The Year That Rocked

1972 was the year I became aware of music as a cultural phenomena. I can remember seeing the exotic dancer Stacia performing with Hawkwind on Top of the Pops. I was attracted and perplexed at the same time at the sight of this strange woman, and the sense of otherness she exhibited on stage.

Watching the film now on Youtube, Stacia seems so modern, with a black stripe painted around her eyes. You could say she was possibly cyberpunk, before cyberpunk. Little did I know, the alternative society had just invaded my living room. 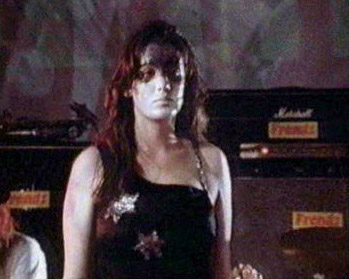 By 1972 the permissive society, so called at the time, had ushered in many changes, most of them centered around alternative sexual behaviour. This included non-monagamy, homosexuality and abortion rights. These had now been legalised or seen as accepted behavioural traits. 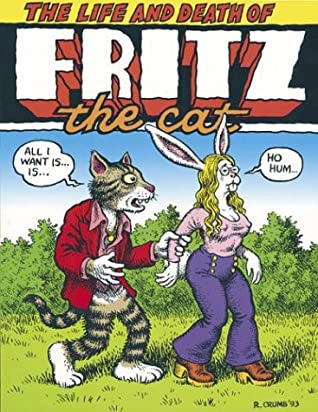 The cultural revolution which had started gaining ground in the sixties reached a peak in 1968. where at that time it would actively engage in questioning many assumed moral and political principles. Unfortunately though, by 1972, this new revolution of sorts, had begun to grind to a halt. 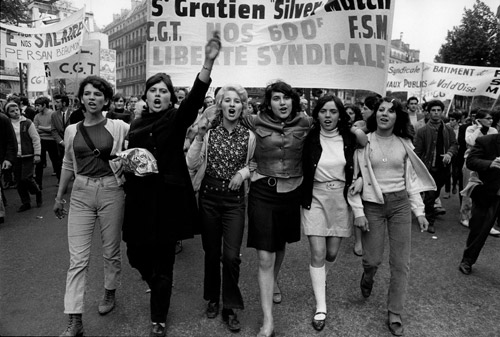 The ceased momentum though was not natural entropy, but a concerted attempt by the establishment to derail the alternative society. A series of lawsuits was led by Mary Whitehouse against the various magazines associated with the alternative press, such as OZ magazine and the International Times.

Whitehouse was involved with Christian evangelical groups, and also a conservative activist. Since founding the “Clean Up TV” group in 1963, she had decided to direct her considerable energies towards trying to dismantle the so called permissive society. As I had mentioned the movement had been growing since the Sixties, and now by way of different media outlets was reaching into various aspects of modern life. 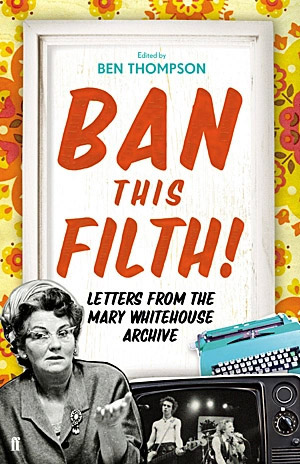 These magazines were the movers and shakers of the alternative cultural sphere of the fledgling era of the permissive society. Mary Whitehouse would use private prosecutions against these journals. As a result many went bankrupt.

An example of the fanatical attempts by her organization would be the court case against The International Times for having gay contact ads in the back pages. 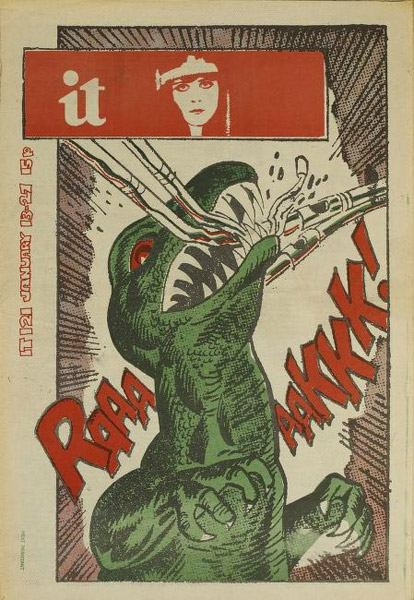 Whithouse considered this an affront to moral decency, and led a court action. Using an arcane blasphemy law, (not previously being used for 50 years) regarding homosexuality in order to win the case.

It’s also interesting to reflect that exactly the same thing happened later in Iran where religious fundamentalists set out to destroy what to was considered decadent culture. In 2022, it’s frightening to be reading about how much power Mary Whitehouse had over alternative institutions. Religious oppression then is used as a way to control society, it’s worthwhile to note that the particular law has now been repealed.

Apart from trying to “Clean Up TV” another target which Whitehouse saw as a corrupting influence on the lives of young people, was Rock and Roll, with its shameless approach to sex. Rock and Roll, as a derivative of the blues, had been associated with sexual attraction from its very beginnings and sought out alternative avant garde lifestyle choices.

It’s interesting that this attitude could be seen as a certain form of sexual infantilization. Rather than letting young people explore their sexual lives, unhinderd by state control, the state seeks to control every aspect of your life, even your personal life.

This “infantilization” has political and control consequences for wider society: it is unpicking the structure of the human condition itself. These so-called moral objections seemed to be a way of bringing back the kind of austere and threadbare society that existed after the war.

At this critical moment in the early Seventies certain elements of the Tory party felt that a socialist liberal consensus was beginning to emerge in mainstream politics. And, autonomous behaviour patterns would have to be dismantled at the root. 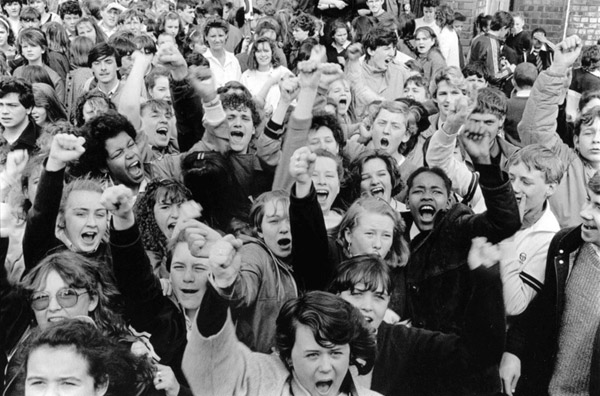 The School Kids Strike of 1972

Almost at the same time, or was it pure coincidence, the economic base of western states were also eroding. And, as a result, economic recession was becoming a possibility. Both here and in the US.

The assumed freedoms of the past few years, were now being quickly eroded for political expediency. 1972 then, can be seen from this perspective, that of a new beginning. As the cold winds of economic decline blew away the alternative society’s dream of a better world.

The glam rock movements between the years 1972 and 1973 could now be seen as a historical snapshot, a snapshot of decadence. The alternative society had now become a camp sideshow, used only for plunder. 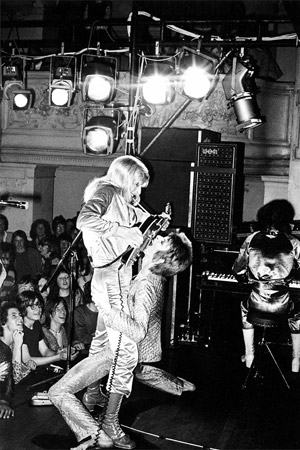 In many ways the bands that produced records during this time had been a part of, or at least informed by the alternative society. Many of the albums produced were a reflection of that alternative lifestyle. Such is the case of David Bowie.

In that process though, what had been lost, was now something gained. And from this alternative dystopian point of view we can see the beginnings of punk rock and other music movements to come. 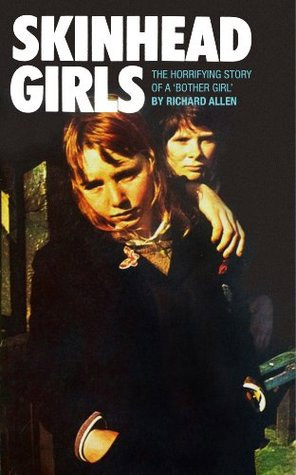 In many ways Punk and Post-Punk, which was to quickly follow, can be seen almost as a form of musical puritanism rejecting excess in musical structures and a lack of sexual allure in terms of choosing what to wear. It was only through the New Romantic movement later on, that sex was reinvented. 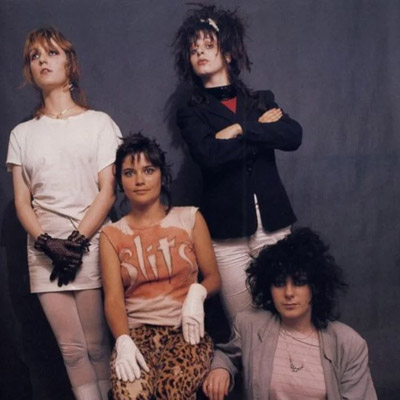 Hey, Let’s Check Out The Music

An article in Spin Magazine recently had the task of going through the releases of 1972. It was a staff choice, they thought they would simply be going through the motions after what is always thought of as the big years in pop, 1970 and 1971.

But once they started going through the releases month by month they realised what a cataclysmic year for music 1972 was…..

It wasn’t just good records, these records changed how we perceived music and through the various genres changed the direction of music forever. As I mentioned before these pointed the way to punk and beyond.

I hate list making and won’t be drawn into that, I’ll just choose a few as examples of cataclysmic records and I hope you’ll agree with me.

The first one has to be Roxy music, that of the Eno model. This record can be seen in context as an English version of the Velvet Underground, putting together strange avant-garde sounds with decedent English whimsy to produce one of the first postmodern records.

What can we say, my actual favourite is Aladdin Sane, but what the heck, this is the game changer. The original (punk versions) are available on the BBC sessions. If Bowie had released that stuff he would copy his musical inspiration, The Velvet Underground literally, and have not sold anything. So file under cult classic for the BBC sessions most definitely.

But luckily for David, help was at hand in the shape of Ken Scott, the Beatles engineer to polish this particular genius. The album then gets the five star treatment from me. But the revelation that still remains, is how punk Bowie actually was at this stage.

In 1972 Sparks changed their name, guess what that was, (are you paying attention). And just to add further confusion this album was actually released in 1971. But then re-released in 1972 with a new cover and name change.

The band were originally called Halfnelson after the wrestling hold. Many Sparks fans refer to that period as Halfnelson. Sparks would later metamorphose into an English incarnation which was alright too, but the American band still has the edge for me.

Todd Rundgren, the producer of the first album, thought the name apt as it sorta summed them up musically, file under difficulty. The album still remains today a strange platter.

Todd was pivotal in signing Sparks to Bearsville Records. The story goes that he and Russell Mael from Sparks shared groupies, one of the groupies, having access to Todd (hum) was sent off with a tape, the rest is history I guess.

The record first came out as I said in ’71 and bombed. The new version in ’72 did the same but it remains a cult classic, appearing on every hipsters must have list, it’s the best.

Transformer remains one of Lou Reed’s most commercial albums, and probably one of his best. Although he probably won’t admit that (being Lou Reed that is).

Assigned to production and arrangement duties, David Bowie and Mick Ronson managed to weld together commercial appeal, while at the same time keeping everything that makes Lou dark and dangerous intact. An act of genius indeed.

Drawing on the influence of Sly Stone and James Brown, and the free jazz of Ornette Coleman, Davis began to change musical direction from straight jazz. His motive for making such an eclectic record was that he saw the black community moving away from jazz into funk. And felt that funk was more in keeping with the changing musical environment, and perhaps politics too.

Arranger Paul Buckmaster was brought into the mix (no pun intended), Buckmaster was interested in the work of Karl Heinz Stockhausen and his use of tape loops. This particular technique he would use on different tracks on the album as a way of moving away from specific jazz rhythms into alternative zones. Now loops are standard practice in Hip Hop, not in ’72 though!

The reception from the Jazz community was generally accepting of this new direction but the conservative jazz critics hated it and saw the album as a gimmick with no tunes.

Ah well, you can’t please everybody I guess. The album now is a touchstone in the direction of Jazz. Reissued and remastered in the 21st century the sleeve notes to the CD conclude that this album sounds so modern in terms of it embracing various postmodern sensibilities. such as world music, modernism and free jazz.