Photo above of a much younger Bob Dylan

Rob Harrison reflects on Rachel Carson, the sixties, and its environmental and musical legacy.

In September 1962 a book written by Rachel Carson, a gifted biologist, appeared which would sow the seeds of an environmental revolution. The book was called Silent Spring.

Rachel Carson had been studying and writing about the effects of DDT for four years starting in 1958. She found that the compounds in DDT insecticide spray not only killed the various pests that damage crops but was harming cattle, and in a natural ecological chain, poisoning the surrounding environment, leading to illness in human beings.

Before the groundbreaking book was published Carson had sought help from the acting head of state President John F Kennedy, who took up Carson’s environmental challenge in government. Carson successfully persuaded the President on the dangers present in DDT spray and other pesticide agents that were having a detrimental effect on the environment .

The book Silent Spring was a runaway success, due in part to its serialisation in the New Yorker magazine that summer.

Although the publicity gained helped book sales, Carson had begun to be targeted by the chemical companies, attacking both the ideas in the book and her personal life (she was not married) and assuming, as everybody who decides to make alternative observations on American life, that she must be a communist sympathiser.

They were to move on to describe her writing style as flakey: Silent Spring had been written in the style of a science fiction novel in order to make it more accessible to readers. The book though, was based on the many scientific facts she had uncovered about the various compounds used in chemical sprays. And through her contacts in the chemical industry, she had gained insider knowledge of the harmful chemicals that were present in pesticide spray.

This information was obviously considered dangerous to the interests of the chemical companies who wanted to uphold their own financial interests rather than try to change the detrimental effects that the chemicals were having on the general environment.

Both Greenpeace and Friends of the Earth cite the book as a landmark moment in the struggle for the environment, helping to bring environmental issues into the political arena. 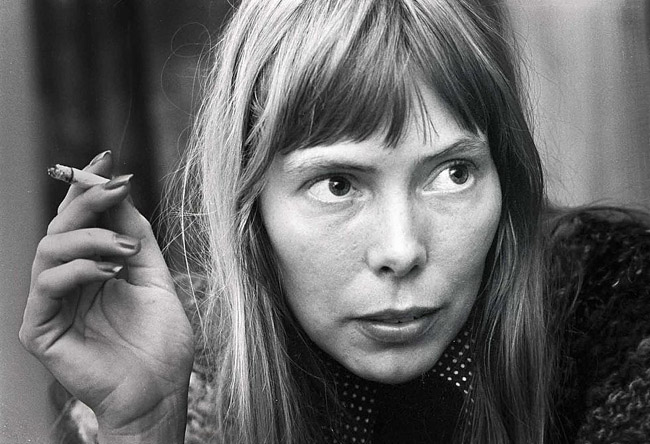 The musician Joni Mitchell references the book in her song Big Yellow Taxi. In an interview Mitchell states the song is about a sense of loss, both in her own naivety about the world and how it is being destroyed by corporate interests, and how we must not let things just disappear or become exploited for corporate gain.

Big Yellow Taxi could be described as the first environmental song – one which puts forward the idea that this world we find ourselves in is being taken away by forces out of our control. Humans have created this situation, and so as humans we should try to take back what we have collectively destroyed.

Alternatively, Dylan’s A Hard Rain’s Gonna Fall, recorded in December 1962, two months after the Cuban missile crisis, is thought of as an early prototype of an environmental song. The hard rain in question is the nuclear fallout resulting from World War Three breaking out due to the situation in Cuba. But in a later interview Dylan refutes this, claiming he was struck by reading the papers in the library, and saw how much evil there was in the world at the present time. He then remembered the Old Testament tale of Noah and the great flood and how god had created the flood in order to punish the wrongdoers.

Dylan does admit though, that he was affected by the missile crisis, in terms of the amount of lyrics he wrote for the song Hard Rain. He thought he would use everything as he might not be around for so long, due to the instability of the world at that particular moment in time.

The Eve of Destruction, described by its creator PF Sloan as a love song to and for humanity, directs more than a nod and a wink at the Dylanesque protest songs of the time. The song was slammed by both critics and the establishment, who once again accused the perpetrators of being communists. But as we found out with Silent Spring, all publicity is good publicity and the song got to number one and stands as one of best protest songs ever made.

In about three minutes and thirty-five seconds Eve of Destruction seems to cover all the bases, moving from Vietnam to nuclear war and its effects on the environment. Barry McGuire’s delivery, sounding more akin to someone kicking off in a pub, is shouted rather than sung. The rough nature of the singing is due to the demo version being released to a local DJ to play. This was a procedure by the record labels to test the water, so to speak. The song went ballistic overnight, so they kept the demo version . Although the song itself seems to lack the quirky surrealistic nuances of the work of Bob Dylan, the direct nature of the lyrics, combined with the aggressive delivery, got the message across and made a connection to people angry at what was happening in America in the Sixties.

So what was the legacy of Rachel Carson and Silent Spring itself? The book was important in the sense that it brought the environment to the fore, and more importantly questioned the motivations of the chemical companies. Many experts in the field (no pun intended) found that pesticide use is still not controlled properly, and the chemical industry carries on poisoning us regardless.

The UK appears to be one of the worst offenders compared to the rest of Europe; this damage being done to our environment seems to be a contributing factor to our declining bee culture. And as we creep further towards a cryptic neo-fascist state the situation seems to be ongoing. To all intents and purposes, the government should be held responsible and a more aggressive stance toward environmental protection should be taken by the opposition parties. This was proved by Rachel Carson when she successfully lobbied the US government which led to President Kennedy setting up an advisory committee to investigate the evidence put forward in the book Silent Spring. The report was issued on the 15th May 1963. Kennedy wouldn’t live to see his work finished as he was soon to become the victim of an assassin’s bullet at 12.30 on November 22nd, 1963. It would be left to Lyndon Johnson to oversee the final draft of the bill passing through Congress. The outcome of the bill was that widespread use of DDT was a problem and consequently, was a contributor to environmental pollution and a risk to public health. This eventually led to the banning of DDT altogether in the United States and the UK. Recent studies have found that the residue of damage from DDT still persists now, harming our ecosystems.

So what of the musical legacy? This appears in a better situation than the political arm wrestling with inactive governments. Just looking at the festival guide for this year there was a plethora of music for the eco-friendly music fan, including: The Green Man Festival, London Green Fair, Roskilde Festival based in Denmark, Womad, Glastonbury and the Hay On Wye literary festival now appearing to have ‘gone green’, plus the Eden Project which is based permanently in Cornwall, and loads more in the UK and Europe.

So, everybody’s gone green? To a point yes, but like the political situation in this country, there appears to be a gap between what people want and what they get. And until this is dealt with adequately we will unfortunately be left wanting.

This Article about Silent Spring was written in November last year, and then finished in January to meet the February deadline for publication, which was projected for release in March (phew). But, as we all know now March was cancelled, as were practically all the other remaining months due to lockdown. And I write this in August, being threatened with another lockdown at some specific point in time, most public live music has ceased forthwith, and we now have to content ourselves with the joys of Youtube.

Since writing the article some other interesting developments have occurred, one of the most significant of which is the materialisation of a song by Bob Dylan: “Murder Most Foul” which appeared near the start of lockdown – 26th March to be precise. It details the assasination of John F Kennedy which, judging from the lyrics, affects Dylan even now.

It’s in the classic Dylan mode, and during its 17 minutes running time Dylan rages over the injustice of the killing of Kennedy. The lyrics appear to point to the conspiracy theory that the actual assasination was carried out by various interested parties.

During the song Dylan seems to reference everything under the sun including the Beatles, certain Jazz icons, Elvis; even Gerry and the Pacemakers get a mention at one point.

It’s a bit of a mystery as to when the song was actually written and, as mysterious as ever, Dylan has not released any more information. For me it sounds like Hurricane, another song about injustice which was featured as a single from the Desire album in 1976. The track is about the wrongful imprisonment of a black boxer called Rubin “Hurricane” Carter, now considered one of Dylan’s finest moments, comparing the brilliant wordplay as equal to Masters of War, another Dylan classic written in the winter of 62 – 63 which concerns itself with the nuclear build-up at the time of the Cold War.

The reason for its release we can only guess at, but it comes at a time when we can reflect on how ordinary people like Rachel Carson could interact with government, to make change. And perhaps in the song Dylan laments the passing of this era and the shared ideas of a community coming together which occurred at the beginning of the sixties, and the optimism for change which promised so much.