Katy Brown reports on yesterday’s protests in Liverpool and around the world against Drax plc, on the day of its AGM, to highlight its role in forest destruction and the massive subsidies it receives for burning trees.

Environmental campaigners were outside Liverpool’s Peel Ports yesterday morning protesting against biomass imports as part of a day of action to coincide with Drax Plc’s Annual General Meeting, with forest and climate justice activists taking part in an online and physically distanced protest around the world. 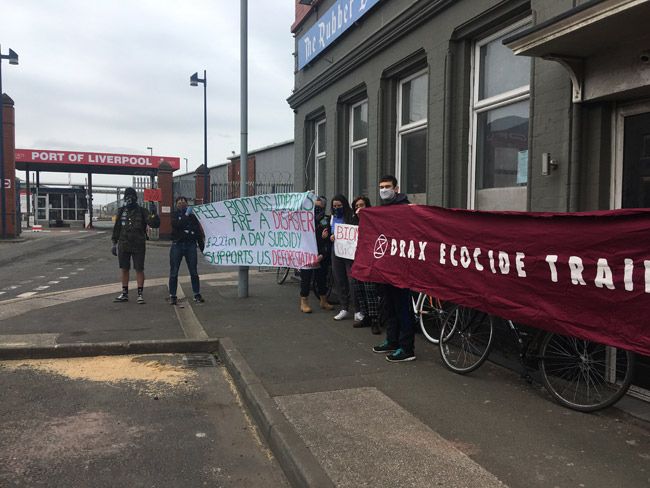 Drax operates the world’s largest biomass power station in Yorkshire, fuelled by around 7 million tonnes of wood pellets every year. This wood – more than the UK can produce annually – is imported from countries including the US, Canada and Baltic States – more wood than the UK can produce.1 A large proportion of this enters the UK via the port of Liverpool.

Activists held a small banner protest at the port entrance in Bootle, adjacent to the railway line where trains carrying many of the pellets from clear-felled forests in the US destined for Drax pass. Separately, activists from Extinction Rebellion projected messages onto Drax’s cooling towers in Selby including “Don’t be fooled – burning trees ain’t green”, “love wildlife, Axe Drax” and “Drax Power’s biofuel scam”. Another group from Extinction Rebellion Northampton blockaded the road to Drax subsidiary Opus Energy’s HQ yesterday morning.2 Activists from the US, UK and around the world posted images on social media of themselves holding placards with slogans including #AxeDrax, #CutCarbonNotForests and #ForestsAreNotFuel. 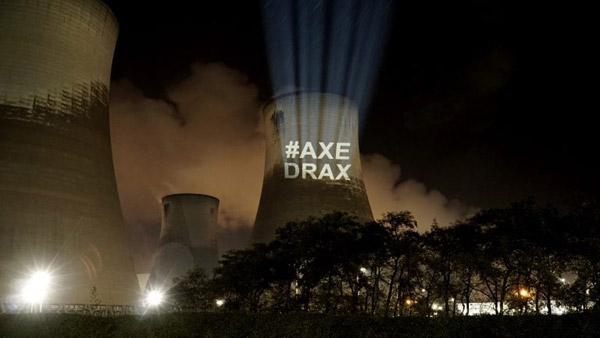 Over 20 organisations from 4 of Drax’s major wood pellet-supplying countries (The USA, Canada, Portugal and Estonia) have published an open letter calling on the UK government to redirect subsidies received by Drax to cleaner and lower carbon energy such as wind and solar power.3

Biomass companies receive over £1 billion in renewable energy subsidies every year, of which £832 million went to Drax in 2020.4 However, an increasing number of scientists including the European Academies Science Advisory Council are voicing concerns that burning biomass for electricity harms the climate and biodiversity.5 Meanwhile, local activists in regions where woody biomass is sourced are raising the alarm over the loss of their forests and the industry’s impact on local air and water quality.

“Drax relies on public money which should instead be funding a just transition to cleaner energy for all of us. While Drax was fined a record $2.5 million for air quality breaches at its Mississippi pellet plant this February, this figure is roughly equivalent to the £2.27 million Drax is handed by the UK government every single day. It’s outrageous that communities, forests and our climate are under threat from policies designed to support renewable energy, and big polluters are benefiting.”6 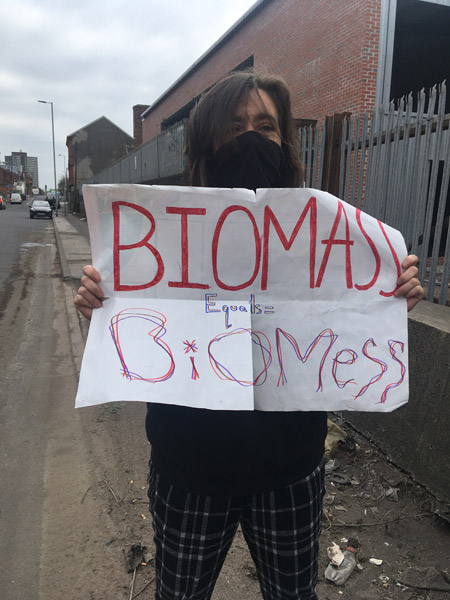 From across the pond Rita Frost, Campaigns Director of US NGO Dogwood Alliance, said:

“Today the UK government is aiming to achieve net zero in response to our climate crisis. Now is the time for the UK government to acknowledge its mistakes and put the brakes on subsidies to Drax before even more Southern forests are destroyed by Drax and [wood pellet producer] Enviva. Our forests are under assault, and until the right policies are in place to ensure the protection of forests and our climate, further investment in this industry must be halted.”

Biomass burning that relies on imported wood from biodiverse ecosystems is in no way sustainable yet trains carrying wood pellets destined for Drax leave the port every day with ‘sustainable biomass’ written on them. It is therefore particularly shocking to learn the truth and hear of the environmental destruction and harm done to communities on the other side of the Atlantic by this industry. Here in Liverpool, pollution from the port and associated road traffic contributes to a lower-than-average life expectancy in the surrounding area. Campaigners are currently fighting to protect Rimrose Valley Country Park from destruction by a proposed road building scheme to deal with increasing road traffic associated with the port, yet much of the port’s rail freight capacity is clogged up with the transportation of wood pellets to Drax. 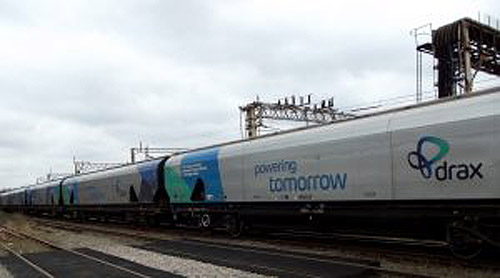 Stuart Bennett of The Save Rimrose Valley Campaign who was at yesterday’s protest outside the port said “We’re here in solidarity with Biofuelwatch, Extinction Rebellion Liverpool and everybody else who opposes the crazy practice of chopping down trees thousands of miles away and importing them here to be burnt, if that’s sustainable energy something has gone fundamentally gone wrong. We’re here to highlight the role Peel Ports plays in this. Peel Ports have been lobbying for a solution to the traffic and congestion problems that all of their lorries are creating and that’s resulting in a road proposal through our beloved Rimrose Valley Country Park. We think that’s completely wrong. They’re occupying a vital West-East train link here with wagons for Drax, if that was cancelled, which it obviously should be , that would free up much more capacity for HGVs to be taken off our roads and the freight put on rail instead. We’re keen to highlight the Port of Liverpool’s role in this – Peel Ports are a profit driven company, all they care about is money and it’s got to stop. 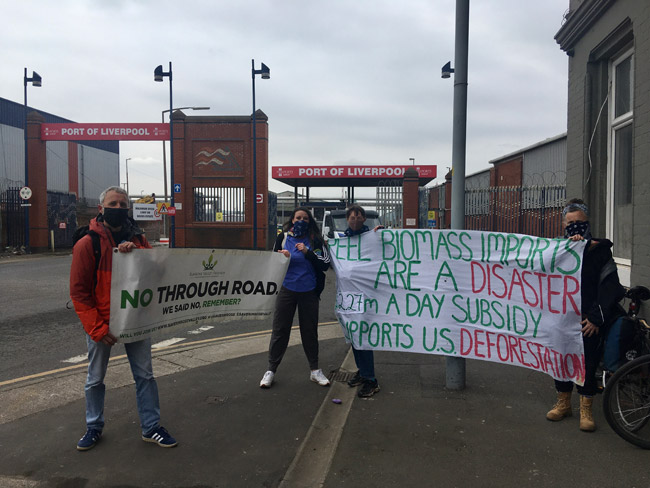 That our country park is under threat so Drax can send US forests up their chimney stacks sounds like eco-dystopian fiction, but this is what is happening on our doorstep. Campaigners from around the world are in agreement: it needs to stop!