Scousers define themselves as Red or Blue, alongside other less important details of identity. But this weekend Liverpool Football Club fans painted the town red as they welcomed home the triumphant squad that beat Tottenham in the final of the Champions League Cup.

Lifelong fans Margaret Harrison, 61, and daughter Claire, 24, waited on the Strand for over four hours to see the team, even with the chill off the Mersey.

Margaret lives in Crosby, but originally comes from Anfield.

She said: “My Dad went to the match every Saturday – if he wasn’t working. It was his entertainment because there was no TV. If he didn’t go, all he had was the Pink Echo to read the report.”

But Margaret wasn’t allowed to go herself until she was 13.

She explained: “The times were different – it wasn’t the place for a girl then [the terraces.] And probably for good reason. It was a very male environment. Not like now when girls and women are as much a part of it.” 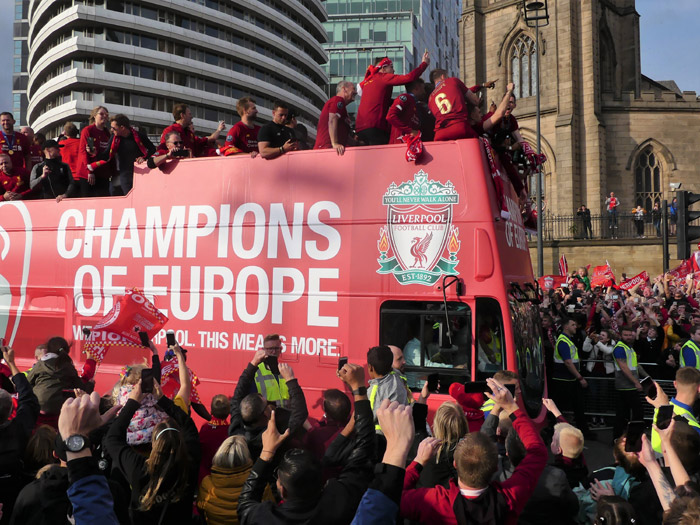 Margaret’s love for the club passed to Claire, and her daughter has an impressive depth of knowledge. Even with the obstacles she faces as wheelchair user, she’s only missed one match all season.

She said: “As soon as the new fixtures are announced I plan all the matches. Every match. I don’t bother with holidays.”

Although Claire’s disability never gets in the way of her passion, her chances of getting tickets for the big internationals are far less than able-bodied fans.

For the Madrid game, a wheelchair user had a 1/8 chance of a ticket in the ballot as opposed to 1/3 for an able-bodied fan, apparently because of UEFA allocation rules.

But this doesn’t stop her following her club and their coach.

Claire said: “Klopp is amazing, he’s been great. He’s brought the passion back to the club, back to how we play. We would never have got this far without him.” 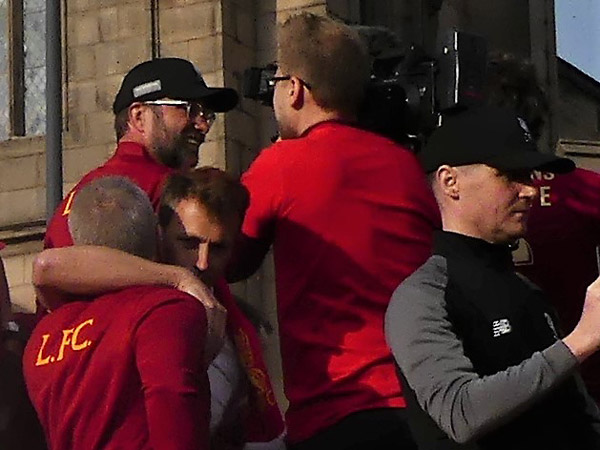 750,000 people, (the permanent population of the city is around 490,000!), many from all over the globe, lined the eight-mile route that meandered around the city, carrying on the party atmosphere from the night before when LFC lifted the cup in Madrid.

The Kop Choir was in fine voice as they waited for an appearance of the bus on the Strand, and the excitement, the humour and comradery on show was an event in itself.

As the roar shook the iconic Pier Head when the bus finally arrived, fireworks punched into the air and choruses of “You’ll Never Walk Alone” rang out, accompanied by a celebratory foghorn from a cruise liner on the river. 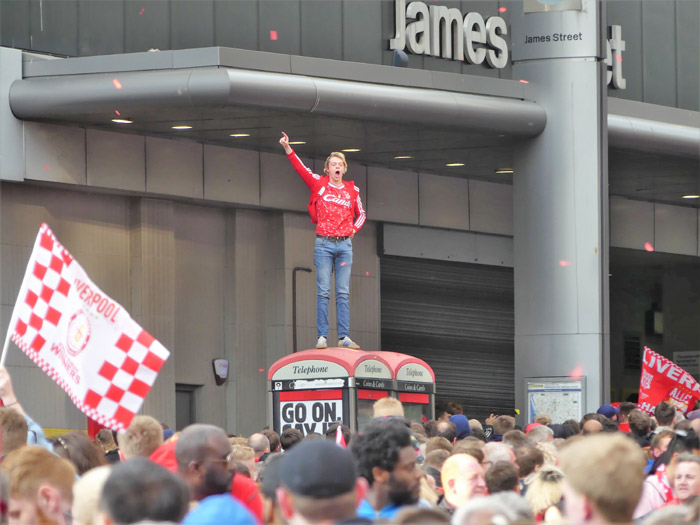 A wave of emotion swept through the crowd, plain to see on the faces of the players too.

You can’t overstate what this club means to the city, and what the city means to the club. One fan, “Ste”, was sobbing into the shoulder of his mate as he said that it was the best day of his life. And he wasn’t on his own.

Football gets a lot of bad press, often with good reason. But seeing the ecstasy on the faces of the crowd, the pure escapism from whatever they had left behind for the day, and the sense of belonging that it brought to 750,000 people on this Sunday afternoon, surely no one can doubt the real potential it has to communicate and unite. 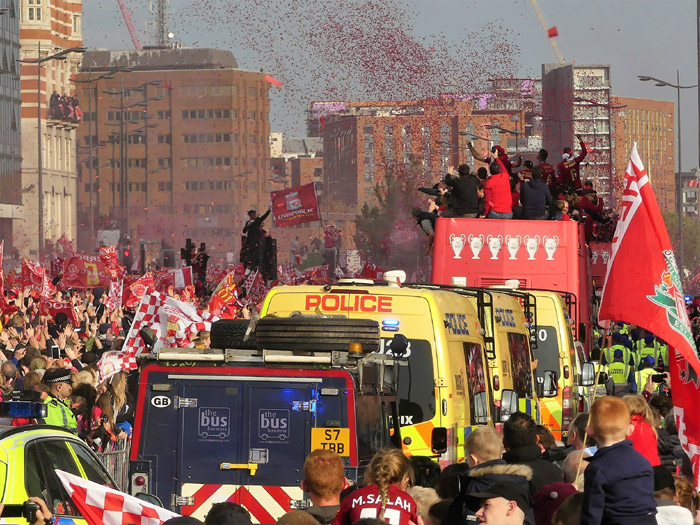