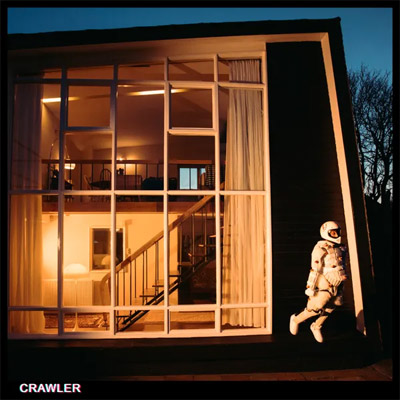 The new platter from the IDLES sees the band trying to escape from the corner they had previously painted for themselves with the last album Ultra Mono. As a consequence they have now attempted a more avant garde approach to the new album Crawler.

From looking at the press cuttings and news blurbs all their forthcoming shows appear to be sold out across the UK and the US. An enviable achievement then for any band.

They appear then to be giving the audience what they want in bucketfuls. This is all well and good. But do they warrant this adoration, it appears the expectation level is pretty low and one is driven to the conclusion that says is this it?

The album which was recorded during the lockdown, and perhaps as a consequence of this has a slightly insular feel to it, sounding at times like a group trying to find things to do, rather than opening out and trying to expand musically. From the outside then, it appears IDLES are attempting to try to become Radiohead.

By that I mean making difficult post-rock music, rather than the high energy post punk sounds present on Ultra Mono. And in that process, adopt some oblique strategies of their own. This experimental approach works on tracks like Kelechi and The Beachland Ballroom.

Another change in the bands approach is vocalist Joe Talbot’s delivery, now given to a more world weary vocal style. In some cases completely dropping the high velocity cockney drawl. This gives some much needed light and shade to the proceeds.

Talbot has recently withdrawn the song “Model Village” from the live set. In a recent interview Joe Talbot explains that he has moved out of that particular space where the song was conceived and written, the Model Village I guess. But it was also probably due to the fact that a large amount of the audience probably comes from a model village. And, as a consequence of this, the group could see their fan base rapidly diminishing.

Model Village from the last album Alpha Mono, presented a view of rural English life which was slightly stereotyped, but probably true as well. The song itself sounds like it could have been taken off a punk compilation album of the seventies. A little bit of a cliche there maybe but that’s the thing people don’t like about cliches, because as I said it’s a given truth.

So the new album Crawler stands alongside other difficult post-punk albums such as The Banshees, Join Hands, Metal Box by Public Image and The pop group Y but will it be a classic record, only time can tell. Worth checking out still. 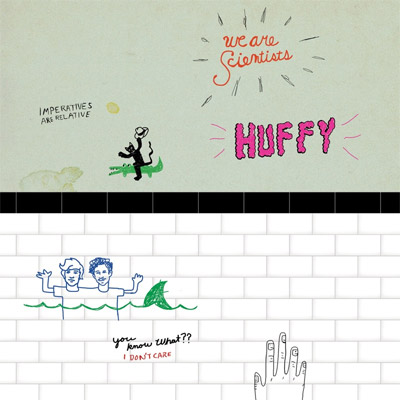 We Are Scientists – Huffy
Album out now via 100% Records

We Are Scientists return to the fray (so to speak) after a three year hiatus, not including the lockdown for two years and counting. The new album, called Huffy, is an up album in the best sense of the word.

This is another record which stays firmly in the red (taken from Iggy Pop’s idea of how records should be made. The red being the overload indicator in a recording studio control panel when there is too much high volume, and the sound is becoming slightly distorted) But to be honest, this band seriously pin their colours firmly to the pop indie mast which is joyful songs played with high intensity.

At times you have to take a breather. In terms of the geeky exuberance of the well crafted hyper-pop tunes, which sound somewhere between Sparks and Franz Ferdinand with a bit of They Might be Giants thrown in for good measure.

If you’re up for adrenaline fueled experiences, then look no further. We Are Scientists are coming to a town near you, Liverpool to be precise, on the Come On Get Huffy tour, playing at the Academy 2 Liverpool on December 2nd. Worth checking out I reckon.