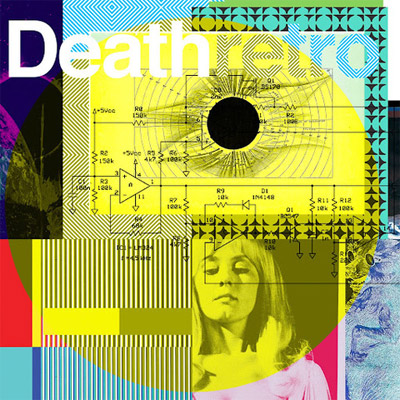 DEATHRETRO are as named, sneaking through here on a serious retro vibe. Well actually, pushing you over with an armful of beer to be honest. But on the other hand an interesting use of ye olde post-punk genre. And ticking all the post-punk boxes in the process, that being Joy Division / Echo and The Bunnymen / Interpol / Killers.

But through that, they still manage to remain slightly different, in the regards to imputing their own ideas into the process, and to be honest this is pretty good stuff, with an interesting mix of styles.

A recent press statement says that they are perhaps one of the best kept secrets at the moment. That is something that I will not quibble with. This is definitely a band that needs attention especially in the publicity department, and hopefully this review will go some way to address that situation. 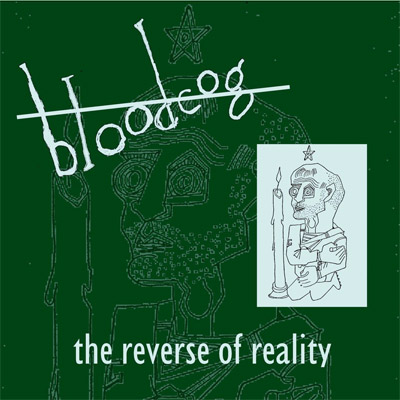 A strange platter arrived in the Nerve office the other day.

Track one, “Sentence from a dream”, sounds like John Zorn had decided to go into the studio with R2-D2 (YOU KNOW, THE STAR WARS ROBOT). It explodes everywhere, random stuff coming in and out of the speakers. Meanwhile in the background, we have some serious frenetic activity from the drum department, and various guitar shapes played at indiscriminate angles in what could only be described as a form of musical cubism.

The sax which remains interesting throughout, comes courtesy of Phil Harding. Sounding at times like Eric Dolphy and Ornette Colman. There seems to be a bit of a battle going on between the various musicians on the album, whether this is intentional or not I don’t know.

This frenetic activity continues throughout the CD. Not for the faint-hearted then, as we are treated to various audio assaults on our senses.

To be honest it’s a bit like Trout Mask Replica, the avant garde album released in the Sixties by Captain Beefheart, in the fact that it’s all too much to take in one go. But I can assure you the aural assault does lessen slightly, on some tracks such as “A broken celluloid doll” (try saying that with a heavy scouse accent ) this could be described as film noir soundtrack, complete with forties sax over a slush of sounds nice, also “Circuit of swallows”, another less frenetic track.

So then the more you listen to this CD “The Reverse of Reality”, the different aspects become more apparent. It would be interesting to hear the tracks in a live context. I’m sure Bloodclog has something up their sleeves in the coming months.