Following in the footsteps of the international slave economy G7 ministers meet in our iconic port city to discuss international collaborations to line the pockets of the rich.

This weekend Liverpool will play host to the foreign ministers of the G7 nations (the G7 are the biggest and most influential countries of the world) following on from the recent, and equally unwelcome electronic arms fair they plan to discuss:

Security collaborations – which will mean increased militarisation and sharing of military technologies as highlighted by the deal sealed at the G7 Summit earlier this year in Cornwall which saw Australia acquire nuclear technology. We say yes to international co-operation, no to militarisation!

Pandemic resilience – so far the UK’s response has been to stockpile vaccines for its own use while the most vulnerable in other countries have no access to vaccines at all – we say there can be no pandemic resilience without vaccine justice and access to affordable medication for all (that want it) – patents need to be waived and TRIPS need to be revoked (TRIPS refers to the agreement on Trade-Related Aspects of Intellectual Property Rights which places the rights of corporations to make profits over the right of people to access lifesaving medicines – find out more in this article and this great webinar: Taking Health Back from Corporations – Webinar recording – YouTube.) 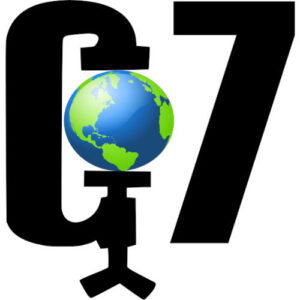 In a time of global crisis we need to be looking after each other, yet in their stinginess the UK has slashed the foreign aid budget- but it should have never been called foreign aid – we owe reparations to these countries not charity. Some groups call for “Third World” debt cancellation but we say it is the rich countries that are indebted to the so called poor countries of the global South. We owe them what they supposedly owe us because we stole it and much more through centuries of exploitative colonialism that continues to this day: foreign debt is our debt to them!

International efforts to combat climate change have so far involved rich countries co-operating with each other to keep the wheels of resource heavy consumer capitalism turning, accepting the false solutions offered by fossil fuel companies which don’t challenge their right to make money at the expense of the planet and its inhabitants. Rich countries continue releasing CO2 into the atmosphere while poorer countries that have done the least to cause it are those most vulnerable to climate change and they are left to bear the brunt of this mess not of their making. That’s why the Liverpool City Region Cop-26 Coalition is organising an International Climate Justice Vigil vs G7 – join the unwelcoming committee on Friday 10th December at the Pier Head. 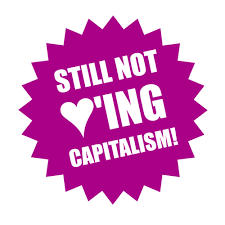 We welcome people from all over the world when they come in good faith, solidarity and international cooperation, but this city is not the place for those who are prolonging exploitation , injustice and keeping our brothers and sisters across the world shackled and fettered.

We want to make amends for the past not continue it. Liverpool is not the place for arms fairs, G7 meetings or any other events of the capitalist elites.

Much of our city has already been sold off, let’s not sell out as well – G7 leaders are not welcome here!!!