Ros Rice of Extinction Rebellion Liverpool writes about her experience of becoming part of the ‘XR’ movement.

Launched in October 2018, it was only 6 months before enough people had heard of Extinction Rebellion (XR) for it to descend on London in April 2019 to camp, occupy, make music, get arrested and be inventive (in peaceful, non-violent ways) and to turn the centre of the capital into a traffic-free zone for nearly two weeks!

The flagship of consumerism, Oxford Street, was occupied at the Marble Arch end by a massive camp site: banks of solar panels providing the energy for a dynamic stage; a kitchen in the middle of the road preparing for and serving hundreds breakfast, lunch and tea; compost toilets, etc. etc. and, at the other end, a huge pink boat moored in the middle of Oxford Circus, blaring out music, speeches, prayers.

Waterloo Bridge was a traffic free garden with skateboard park, children’s play area; another kitchen; another stage. We, from the north, were responsible for “holding “Parliament Square – no mean feat with 5 entrances to guard and camp at. And we did, for over a week. 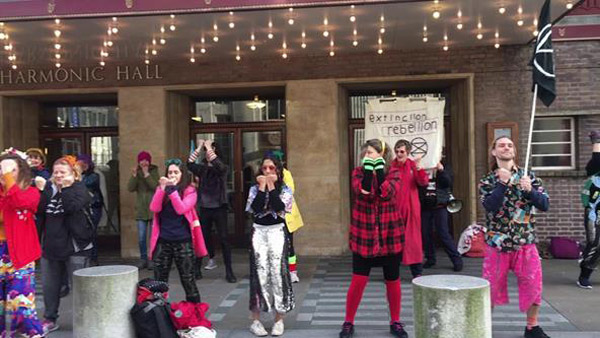 The police didn’t seem to know what to do. No riot police. No rubber bullets. No tear gas. They would arrive en masse to arrest (and they made over 1000 arrests) and then, just as suddenly, would leave en masse (end of their shift??).

It was the Easter holidays. The sun shone. Emma Thompson addressed crowds and the press from the boat. David Attenborough’s film How to Save our Planet was broadcast and within 10 days the national conversation had changed. The Climate Crisis was on the agenda: Michael Gove invited XR to talks; Greta Thunberg met and talked to MPs; Parliament declared a climate emergency. It couldn’t have gone better.

But then almost immediately Cuadrilla got permission to resume fracking. Fires broke out in the Arctic and the Amazon; reports flooded in of biodiversity loss and a new deep coal mine in Cumbria got the thumbs up. Nothing had changed. It was business-as-usual. 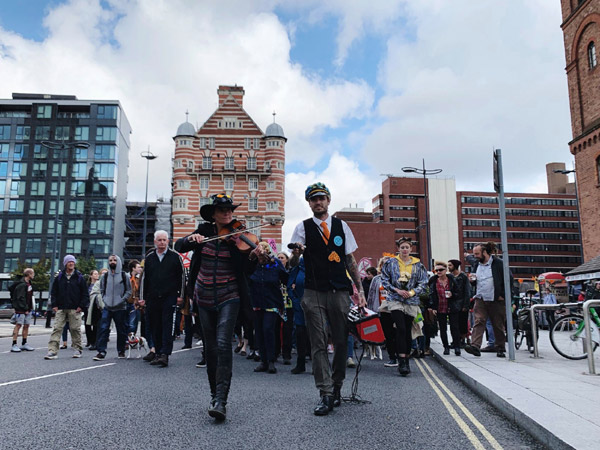 However, XR was on the map. Groups sprang up all over the world and hundreds of people set about taking the movement forward. The focus wasn’t just disruptive direct action, but all the other things required from an environmentally conscious society: a system change, both political and personal.

A second mass occupation of London was programmed for October 2019 – this time to be bigger and better organised than before. It probably was, but so were the police. They intimidated before, during and after. The weather wasn’t kind. Londoners got annoyed. It felt like things were starting to unravel. Criticisms came from within and without.

The criticisms have substance. XR UK is a white middle-class movement and there is no question that XR UK has failed, to date, to reach many communities. But XR is also an international organisation in 45 countries, each with their own approach and support base. Although the UK is only one part, we carry a disproportionate responsibility for the ecological mess the world is in, so it’s us who need to up the ante, accept and learn from the reproaches and not be paralysed or stifled into inaction. This is one of the reasons why Liverpool XR has joined other local groups and adopted a 4th demand: “a just transition”, in addition to the first three demands of the international organisation. 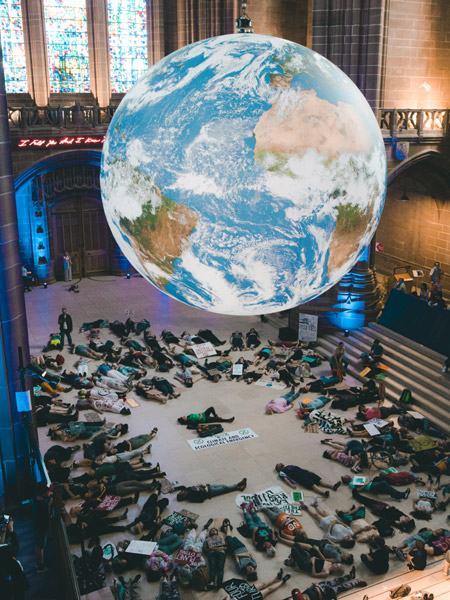 Die-in under Gaia at the Anglican Cathedral

Then suddenly, all planned actions were halted by Covid.

But lockdown and social distancing hasn’t quashed our ability to attract attention and engage in direct action. Liverpool and Wirral XR have joined in with several national XR Risky Business initiatives, focussing on an individual “risky” business at a time (e.g. Drax, HS2) and conducting a co-ordinated multi-faceted campaign (bombarding and emailing the company; attracting attention to its detrimental actions on social media; writing to ministers and MPs etc). And then there’s a bank of online trainings happening daily (www.resettv.co.uk) we’ve helped set up and run, (Heading for Extinction talk; Non Violent and Civil Disobedience training; Oppression and Decolonisation workshops etc), which attract thousands of concerned citizens every week.

XR is also now focussing on getting the choices we make and the route we take as we come out of lock-down into the national psyche. The #NoGoingBack campaign involves individuals taking action, (often in visual proximity to others doing the very same at the very same time!) and posing the question, “what do we want of the future?”. However tragic Covid-19 has proved to be, there have been some well documented positives, from clean skies and waters, through wildlife roaming freely, to a sense of community care and well-being. Covid has proved that we will tolerate extreme changes to our lifestyle as long as we understand why – all we need is the political will to push the climate urgency to the top of the agenda (see XR Demand 1). 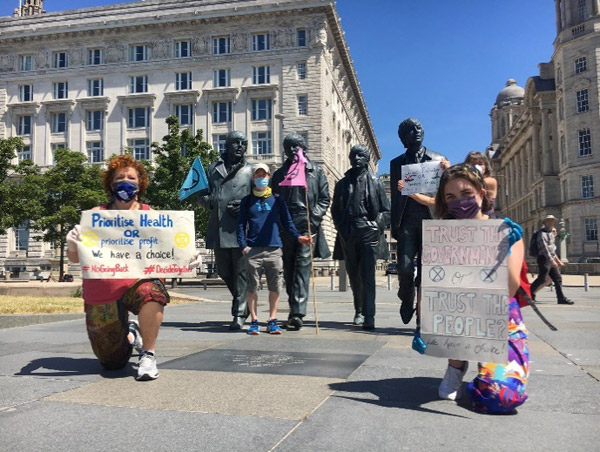 #NoGoingBack action asking the question “What do we want” 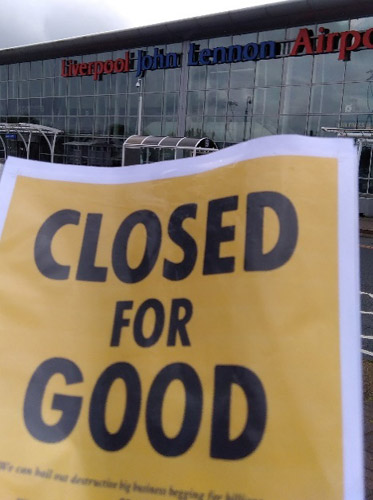 Even here in protected Europe we are conscious of the increase in extreme weather events: storms, floods, fires, droughts (we’ve just had the hottest May on record). We have to halt the carbon pollution that guarantees ever more ferocious weather in the coming decades and we have to do it immediately. Although XR has made giant strides in bringing the seriousness of the situation to the fore, we have to do far more – if we don’t, life will be extinguished in even greater swathes of the planet.

To find out more about an XR group near you, visit https://rebellion.earth/act-now/local-groups