When the media published the picture of Aylan Kurdi, the three-year-old Syrian boy washed up on a Turkish beach, in amongst the massive outpouring of sympathy, there was also a barrage of abuse and cynicism from the ‘Charity begins at home’ brigade, ‘why don’t you help the homeless in this country?’

Eventually those who work with refugees and homeless people, realized they don’t actually know anyone they work with who holds these views. It would appear that those who go on about ‘helping their own’ actually help no one.

Along with ‘a lovely bunch of volunteers’ they have taken MerseyAid from the initial human response of wanting to help those in need, to distributing millions of tons of supplies to those in need. 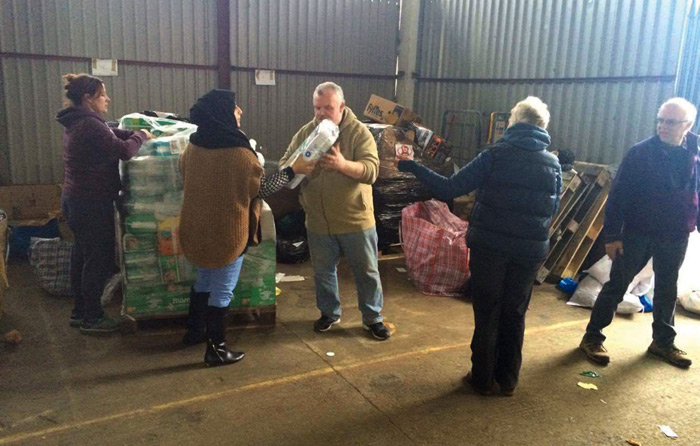 MerseyAid now have bases in Wallasey and Huyton. Their aim is not only to provide medical aid, supplies, food and clothing to Syrian refugees, but also to support people in need here, in particular homeless people.

When I first spoke to Genna she was arranging for the shipment of two containers going to hospitals in Syria desperate for supplies. MerseyAid have just started their ‘bags of love’ project. “It is two fold,” Genna explained. “It comes at the request of Syrian doctors; the aim is to provide some comfort to Syrian kids in hospital. It is a bag, which is full of goodies and treats for the kids. The bag has a logo with ‘bags of love,’ and will have teddies, sweets, small toy, pencils pens and paper etc. and a lovely note from the person who made it.”

Genna, Nadine, and the other volunteers, worked nightly to box up the supplies. The second phase of the project is to raise money for an anesthetic workstation and medical aid which will be sent to doctors in Syria. They are working closely with the doctors to understand their needs, and hope to send as much as they can via containers. As more and more hospitals are bombed less medical aid is available for helping the wounded and it is important that MerseyAid  continue to support the medical professions, who are risking their lives daily to support the sick and wounded. 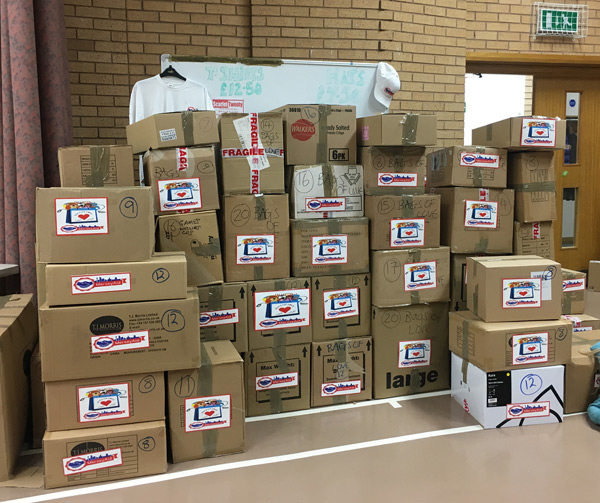 Since MerseyAid started in 2015 they have sent more than 5 containers of aid, including an ambulance, incubators, medical aid, clothes, food, etc. They have sent life-saving equipment to Greek boats, vans, and vans of aid to Calais and France, and have donated locally to homeless people through the Whitechapel Centre in Liverpool, to food banks, church groups, women’s refuges and MRANG (Merseyside Refugee and Asylum Seekers Pre and Postnatal Support Group).

They now work closely with local councils to support refugees arriving locally with clothes, furniture, food and other basics which the local councils don’t provide.

MerseyAid have recently donated to a group of young people who are collecting aid to distribute this winter to local people who need support, and a project in Toxteth that was requesting warm clothes for local kids.

“Since we started Merseyaid,” said a spokesperson, “it has been at full speed. It’s a 24/7 job (tricky when you have kids and a full time job) but we do it because we really want to help, we want to be on the right side of history. A lot of us are mothers and we want to spread a legacy to our kids so they grow up with compassion and care for all. We want young people to feel motivated and inspired to help all, we want and we do provide a vessel for those that want to help people but don’t know how to or where to start.

“We hope we are helping people across Merseyside to be involved in an amazing movement. We work closely with other groups across the UK, proving that grassroots groups can do amazing things with no overheads. We are all volunteers, with no wage bills, just bloody hard work, love, little red tape, compassion and a willingness to just do it.

“We really are all new to this, none of us have experience. Everything is a learning curve, everything is trial and error, but we learn, we share experiences and we all work together. We have made amazing friends here on Merseyside, in the UK and across the globe – people all of like mind – care and love for all. It’s truly amazing, what a thing to be a part of!! 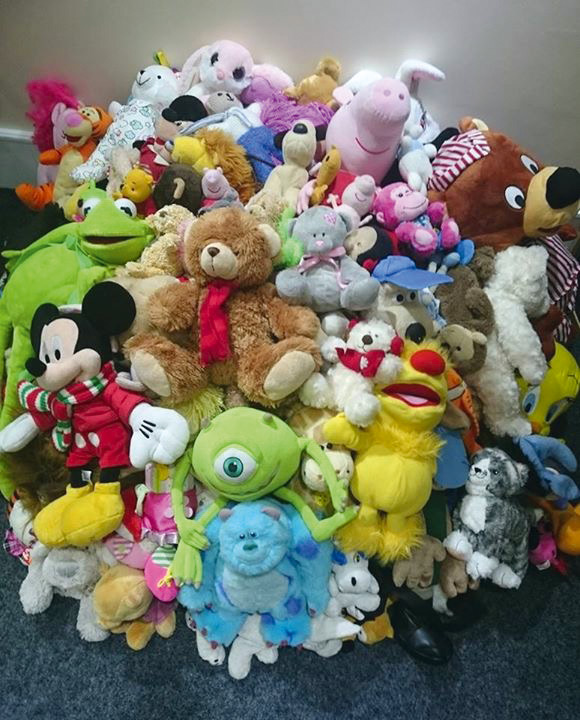