Coming in April for one night only professional opera company Flat Pack Music bring Mozart’s comic opera ‘Cosi Fan Tutte’ to The Casa. Two hours of beautiful operatic singing, sang in English with live piano accompaniment, laughter, comedy and a great storytelling worthy of Shakespeare and all for only a tenner!

The story starts with an old old cynic and philosopher, Don Alfonso, who bets two young men, Ferrando and Gugliemo, that their respective fiancées would not stay faithful if put to the test. The two young men accept the bet, and so the test begins… 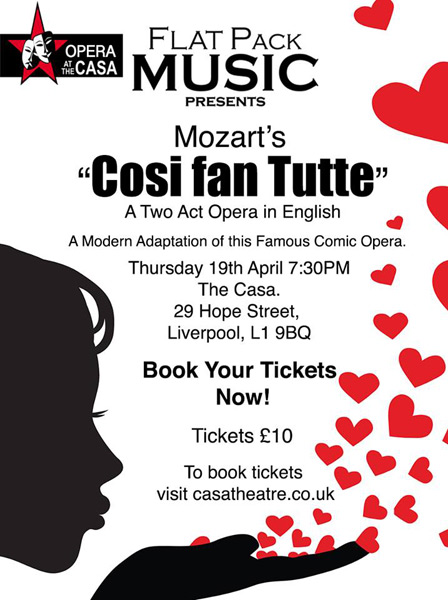 Tickets – £10
casatheatre.co.uk
or over the bar at The Casa