Nerve contributor Lisa Worth has written a feature about the mangrove forests in Abu Dhabi.

Mention the UAE and immediately Dubai and desert spring to mind.

But less well known is the huge mangrove forest found in Abu Dhabi and Fujairah, collectively one of the biggest in the world.

Jess comes from the South China Sea island of Mindanao, and as a kayaking guide he’s something of an expert on the Eastern mangrove forest.

During the six years that he’s been here he’s studied the evolution of the habitat closely.

He said: “When I came there was a lot of rubbish in the mangrove, plastic bags and bottles, no birds. It was ugly. But the government has done a lot to clean it up, to protect it and help the wildlife here.”

In 2014 the area, approximately 3000 hectares, was designated a National Park and conservation measures were implemented to ensure the survival of this unique forest.

Only the mangrove tree can thrive in this kind of environment. 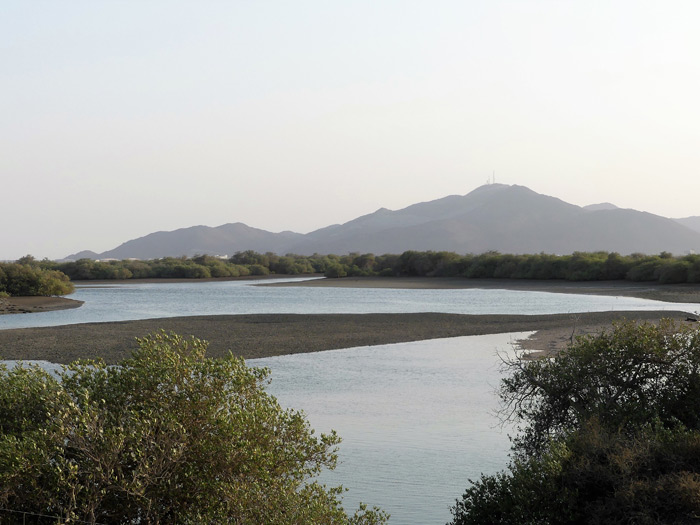 It plays a vital role in the ecosystem as a haven for migrating birds, and it’s a breeding ground for fish that supply the local market. The tree also scours carbon dioxide from the atmosphere, and so is a valuable tool in the fight against climate change.

But the battle to maintain it is a tough one.

Jess said: “You see the sign? It says jet skis forbidden and boats no faster than five knots. But still they go too fast and this frightens the animals. I could see 50 flamingos four years ago. Now? Maybe five. They are sensitive, they don’t like noise and go to a quieter place.”

Managing ecologically important areas like the mangrove forest alongside such a rapidly growing city like Abu Dhabi is complicated.

The threats of sedimentation, pollution and human impact are ever present.

A deep channel has been dug in the middle of the waterway to allow large vessels to transport materials and labour to Saadiyat island, home of the new Louvre, and the construction in the area is colossal. 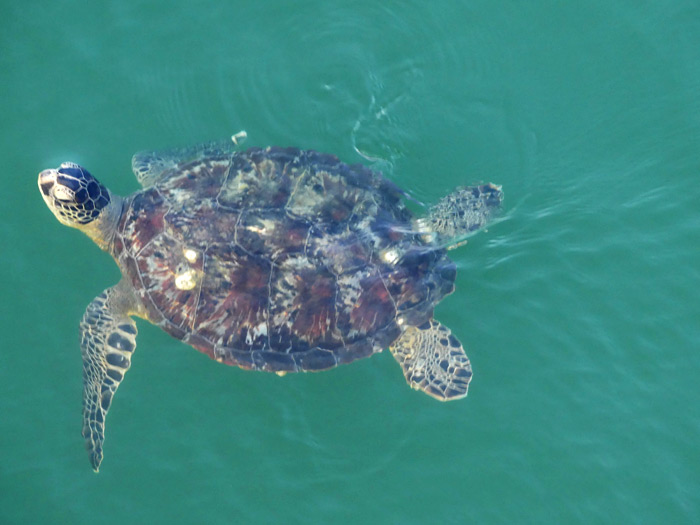 But to mitigate the damage development causes, the government manages a nursery of mangrove saplings and so far, 750,000 of them have been planted.

Likewise, a programme of education has been implemented, including signs warning visitors not to feed the wildlife (after the Red Fox population dwindled due to ignorance.)

Jess said: “We take the school kids out on educational tours, to explain why this area is unique and should be looked after. There are dolphins that visit, turtles, sea snakes, and [rarely] dugong. Also, the Spotted Eagle. It is so beautiful.”

The growth of Abu Dhabi has been rapid.

Originally pearl fishing was the only industry, but this was decimated when the Japanese began to cultivate pearls in the 1930’s.

There are still people alive who recall famine and malaria being rife in this region before the production of oil, and only in 1973 did the first concrete building – the Hilton hotel – appear.

The remarkable progress made in health, housing and education, largely the initiative of the late Sheikh Zayed, who ruled until 2004, cannot be denied.

But like the rest of the world, Abu Dhabi is grappling with the plague of plastic being washed up on the coastline of its 200 islands.

Jess has been involved in saving five turtles after they were floundering due to ingesting it, and other species are at risk of disappearing, such as the Arabian white collared Kingfisher.

In June, Waitrose started to charge for plastic bags and other retailers are sure to follow, but the conservation work has a long way to go.

While Abu Dhabi is one of the wealthier parts of the globe, it still experienced an economic slump resulting in wages being driven down and prices going up.

Where once he was earning a comfortable living, Jess is now questioning whether he can stay. If he leaves who will care as much?

We took a moment to absorb the serenity of the glass – like water.

Jess said: “Look, in the distance you can see the city towers, too much traffic! But here it is like paradise. Calm. Not crazy. I like it here”