Here’s a roundup of the tunes that are buzzing round the Nerve office at the moment. 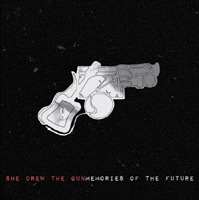 She drew the gun – Memories of the Future
Skeleton Key records, out 22nd April

Memories of the future – is Louisa Roach’s first album with Skeleton Key records.

Produced by James Skelly of The Coral, it’s certainly got some good tunes on it. but production wise it slightly falls down, it lacks the punch needed for a prolonged album release, it probably would have been better as a mini album perhaps, the lo-fi late night sound with the ever present drum patterns becomes a bit too much after a while, and you feel you are just listening to the demos, you can’t help thinking when’s the album going to come out.

The first track “Where you end and I begin” could be a killer single but lacks the sonic punch.

To stand among the high production values of other bands, Louisa is a brill songwriter, and the album buzzes with possibilities, tracks like “poem” which appears to be about the homeless in the street is direct and poignet.

Louisa probably needs to spread her wings, in a recent interview she mentions putting a band together and putting flesh and blood to the tunes, and with some live dates “she drew the gun” sound like a band worth checking out, maybe live she can tie up the loose ends. 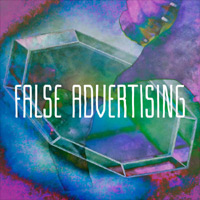 Next up is False Advertising a three piece from Manchester, and it’s like WOW! The punk moment has come again! Seattle influenced grunge rock fires at you through the speakers, making you just want to run around the room jumping up and down, to quote Chris spedding “so good to be alive” this is it, you instinctively don’t need to grasp the nettle, that this is good, kick the pluralistic crap out of the window, where you play mind games with yourself, like, I really should like this, yes I should really like this! Forget it, it’s black and white it’s something that grabs you by the throat Baby!

Phew- needed to get that out,so basically it’s really good the playing is ace, the production is great, they are playing some gigs and festivals in da Pool soon so you should check these out too!

This EP is brilliant BUY-BUY BUY! 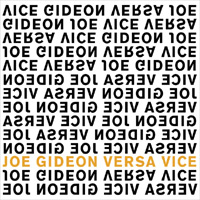 In the blurb that accompanies this CD it describes it as rollicking storytelling romp through love, not sure about that, this is what we used to call in the trade a “sideman” record this means It features members of a famous band without its lead singer or songwriter who for whatever reason decide to make a record, usually with disastrous results.

In this case Gideon has called on the talents of Jim Sclavunos of the Bad Seeds and Grinderman, and various producers Kramer from the Butthole Surfers and Head who has worked with PJ Harvey, it’s sort of post Nick Cave blues, but it’s just another addition to an already overburdened stylistic cul de sac best to avoid this one folks. 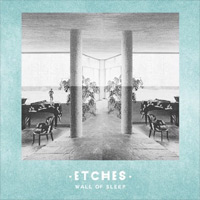 Etches – Wall of Sleep
Self release 2016

Heres another band that seem to bite the dust, once again we are treated to the lux production and playing but where is the beef (sorry vegans, but you know what I mean).

In the PR blurb for this one early Editors are cited as an influence,but to me the Editors sound a bit like The Bunnymen but without the songs, the first track on the album “Human Facade” sounds more like Tears for Fears Sowing the Seeds of Love period but of course without the irony of the original.

As the album progresses it get more melancholic and a sort of entropy starts to happen.

The last track “into the void” sums it all up really. 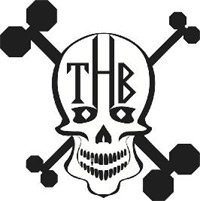 Last up a bit of old punk, if you’re into sweaty pub punk with crap covers, this is for you, it’s well played and well produced, but not really to my taste, the best track is called Bullet which has uber minimal lyrics but it’s ok.

So that’s it for this time will be back again with more reviews so see you soon.