Review and photography by Steve Lamb

Photography is well placed to work within a critical and socially engaged agenda and Open Eye continues to do good work here. With Affecting Change we have a collaboration between photographers and local community organisations including News from Nowhere and the North Docks Community Group. With a remit to celebrate the role of photography in facilitating social change by capturing the work of such collectives, Affecting Change possesses an empowering ideal.

On entering the Open Eye’s first exhibition space one will see Matty Lambert’s large black and white shots of the UTS (The Underground Training Station) Foundation, a charity which provides fitness sessions for disadvantaged groups across the Wirral. A notable shot is of a woman engaging in boxing training, maybe a metaphor for the battle many fight on a daily basis. The shots are very large and therefore grain is visible but it works well in monochrome. 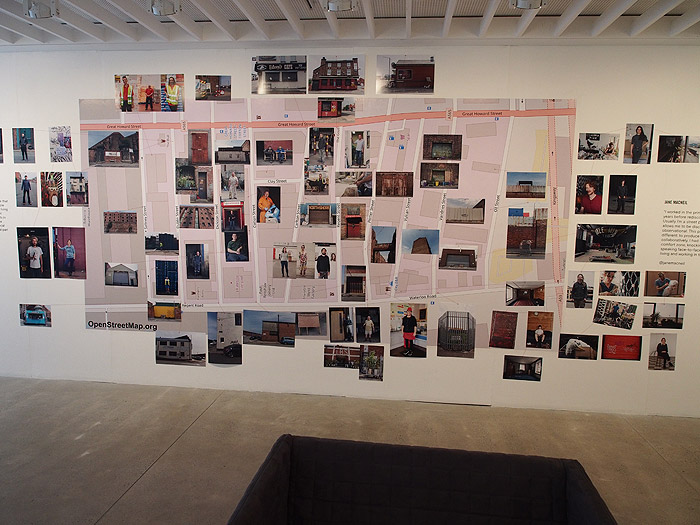 Also present in this space is the photography of Between the Borders by Yetunde Adebiyi. With a charity dedicated to migrant solidarity, the shots could have focused on the plight of those trapped within the labyrinthine web of our immigration system but the work shown is far more positive, depicting diverse people at fundraising parties for Asylum Link Merseyside. The shots are presented via a slideshow and are both candid and vibrant.

Also present is an invitation for the audience to participate, by writing on a large board how they would ‘affect change’. No groundbreakingly enlightened secret wisdom here, but no obscenities or hate either. It’s definitely worth reading the board even if just for a snapshot of the mindset of people likely to engage with such an exhibit. The only issue was that the marker pens were attached with a cord which wouldn’t reach the full length of the board so once the area within their reach was full, no more writing was possible. This could easily be rectified. 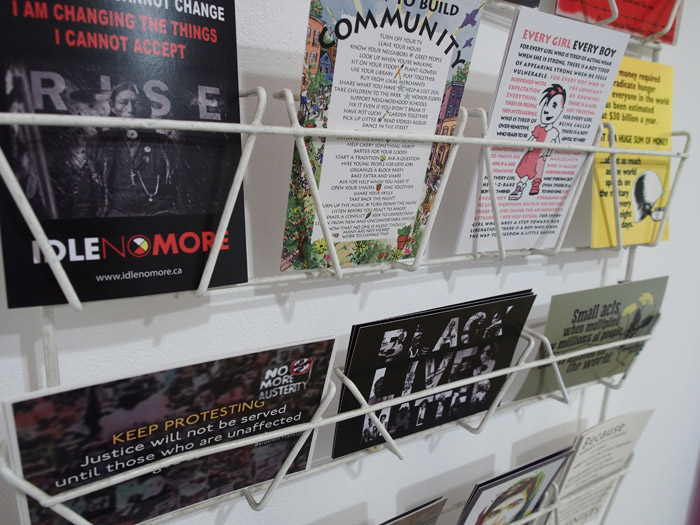 Upstairs is dedicated to radical bookshop News from Nowhere, a stalwart of Liverpool’s independent and alternative scene. The exhibition space features a re-creation of the shop itself with t-shirts, badges, and books available for purchase. I have not previously seen an exhibition dedicated to a shop but it works well and is sympathetic to the overall theme. Has the shop become the gallery or has the gallery become the shop? You decide.

So how successful is Affecting Change in partnering artists with local collectives as a vehicle for social change? I would say it is a promising starting point, and everything starts somewhere. As a photographer with strong anti-capitalist beliefs who has engaged with various activist groups, I would like to see a wider range of organisations included.

Liverpool Against The Cuts, Merseyside People’s Assembly, and Save Liverpool’s Women’s Hospital are just a few that spring to mind. The organisations highlighted in Affecting Change are definitely positive endeavours but a reflection of more radical activist groups would have been welcome. 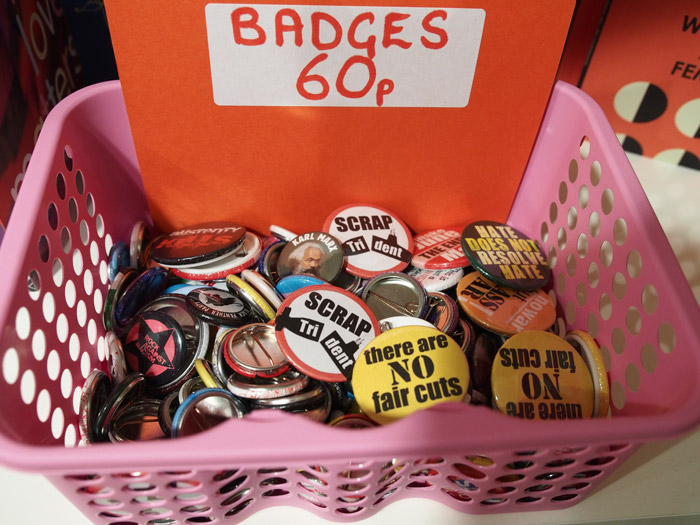 The exhibition is sensibly designed, well laid out, and easily navigable. It never feels overbearing or intimidating. Furthermore, wall labels are sufficient and not excessive. There is also a supporting programme of events. Details available from Open Eye.

Affecting Change is on until 17th September and is highly recommended to those interested in both photography as a socially engaged art form and grassroots local organisations. 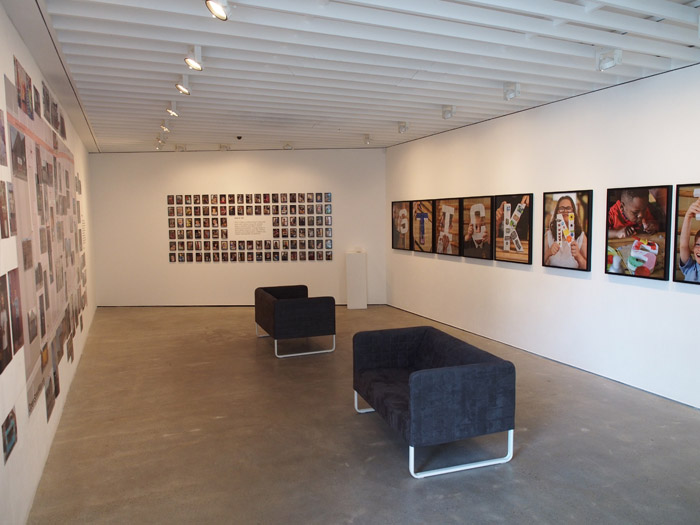