Really sad to get the news about an old mate and comrade to many of us, Wally Sturrock has died. Wally was a life long anarchist, and although when I first met him over 30 years ago, he said he was 48 – no one ever really knew his age.

Wally was a joy to be around, so full of life and stories and antidotes from every single subject under the sun. Wally never stopped fighting and believing that working class people had it in them to change their conditions.

Wally, as a friend said tonight, was a ‘hurricane’ I first met him in 1987 when I was a young anarchist involved with many others, in the taking over of a huge building on Whitechapel (later to become Millennium house) and turning it into a community and social Centre. Wally after I met him, I found out had been involved in anarchism and working class resistance since the 60s. And had been seen in old photos carrying the ‘Liverpool Anarchist’ Banner back then. He was around in Paris 68. He threw himself into getting involved with us lot, young, idealistic and radical, occupying buildings, fighting fascism, supporters striking workers and organizing numerous radical campaigns, including refugee support, anti poll tax campaigns, and loads of others. 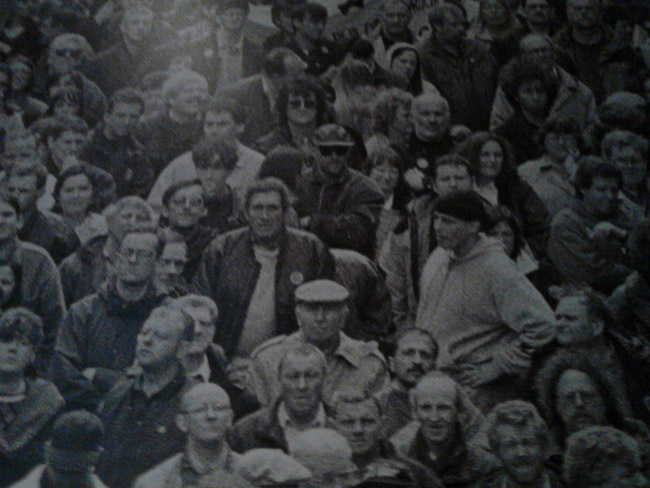 Wally on the Dockers demo

Wally was warm, hilarious, incredibly knowledgeable about everything, a great cook and as we found out soon a great blues singer and generous with his money and his spirit. Anyone who met Wally would remember him.

Wally would talk to anyone, was open to everyone, but never suffered fools, and even in his later years could still knock a racist or homophobe on their arses.

Wally never stopped talking. As young people we learnt a lot from Wally. Wally was a great educator; he seemed to know absolutely everything about everything, theoretically and practically. He would talk about the Dockers, the ford workers, about the gay scene in the 60s and 70s, about all the different characters on the left and the anarchist scene, who came and went. And was fierily insightful when identifying the genuine and the bullshitters.

Wally was from a Romani travelling stock and was very proud of his history, sometimes teaching us words we never heard before, and was an expert backslanger. For many years he was a carer for his mum over in Birkenhead.

Wally had an analysis on everything, and everything was up for a laugh. Someone once compared Wally to Lily Savage, he was camp, quick witted, down to earth, sharp as anything and didn’t tolerate middle class pretentious morals, and fiercely proud of both his working class roots and Romani roots. 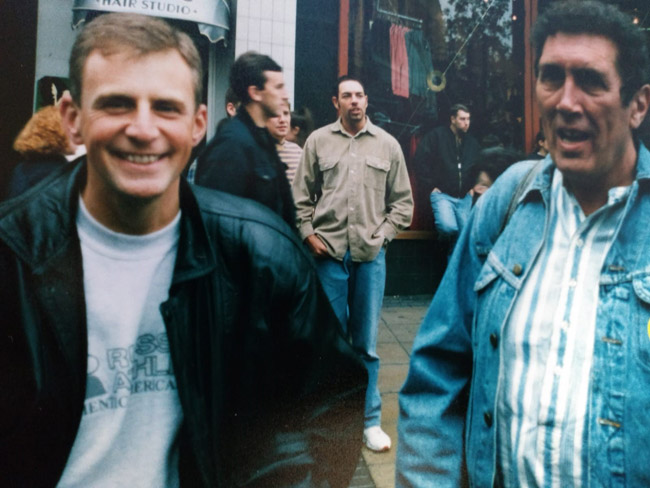 In his later years Wally as well as looking after his mum, took it on himself to support his nephew Frank who was a lifer in various prisons in the UK visiting Frank every week, regardless of distance and fighting the prison authorities on his behalf. This fight extended to fighting for the families of other prisoners. always on the side of the underdog.

One memory many people have of Wally is the old “Mutual Aid Centre’ parties where towards the end of every party a shout would go out, ‘get Wally on the microphone’ and the word would spread like wildfire, then someone would start shouting ‘WALLY, WALLY’ and the whole Mutual Aid Centre, all three floors would be shouting it ‘ WALLY, WALLY’ until he came gliding down the stairs, like Julie London, to cheers. Accompanied on guitar by Mike Field or Marty Snape, he would take the microphone and belt out an amazing version of ‘ Summertime’ as good as Bessie Smith. Sending shivers down my spine.

His physical health took a turn for the worse a few years back, and he found it hard getting around, and therefore it was difficult for him to get into Liverpool. So I for one saw less and less of him. And had the intention of getting over to see him in Birkenhead, maybe doing an interview with him, to capture some of those amazing tales and stories and wit. But alas I left it too late.

I hope wherever Wally is, he knows we loved him, he knows he inspired me and god knows how many other people, he should know we laugh a lot when we talk about him, and we were thinking of him often. He was what every revolutionary strives to do, spread inspiration, love, humor and high spirit, always stuck to his principals, and always sang his own song. Wally lived a hurricane and hopefully died a hurricane.