Between corporate propaganda and conspiracy theories, David Routley takes a rational look at the risks associated with 5G

In 1906 something strange happened on the Isle of Wight. Bees started behaving oddly: crawling instead of flying, collapsing from exhaustion and ultimately dying in their droves. It was dubbed ‘Isle of Wight’ disease and a futile attempt was made to replenish the population by bringing them in from the mainland. The cause of this ‘colony collapse’ remained controversial for a hundred years, though there was eventually a near consensus that it was caused by the Acarine mite. I recently had an email asking me to believe that the bees were really killed by the world’s first permanent radio station, established on the island that year by the famous Marconi.

When I started talking to people who were anti-5G I got an uncomfortable feeling. The language they used, claims of DNA mutations and the risk of human extinction seemed to put them in the same paranoid camp as flat-earthers and chem-trail followers (what are chem-trails actually for?). I could have left it and stuck to more respectable causes, but I know from painful experience that there are reasons why paranoid people exist. The world IS a pretty corrupt place. I did my own limited research of news and academic websites and what I found was at best, inconclusive.

The pervasiveness of electromagnetic and other forms of pollution makes it hard to do good controlled research, though studies have linked high rates of cancers and other conditions to the proximity of phone masts and cell phones. Electro-sensitivity is not an officially recognised medical condition, but some people really seem to suffer when they go near masts, power lines and radar sites. Stories are now circulating about what happens around new 5G antennas, including one from a Melbourne resident that might be made up. The day after an antenna was installed near her house, ‘we saw bees dropping on the driveway then dying. I managed to film one trying to collect pollen, but it was hanging upside-down and could not seem to make it to the centre of the flower’. Two months later she claimed there were no insects left in her garden.

Over a hundred years on from Marconi there is still a lively debate about what effect radio frequency waves can have on animals and plants and there is a lot of scientific confusion surrounding the 5G debate. I’ve heard it said a hundred times that 5G, like all radio signals, is ‘non-ionising’ meaning it lacks the energy to break up atoms, mutate DNA and cause cancer. This is disputed, but anyway it might not be the whole story:

‘Some scientists have speculated that ELF-EMFs (Extremely Low Frequency Electro-Magnetic Fields) could cause cancer through other mechanisms, such as by reducing levels of the hormone melatonin. There is some evidence that melatonin may suppress the development of certain tumours. (…) Although there is no known mechanism by which non-ionising EMFs could damage DNA and cause cancer, even a small increase in risk would be of clinical importance given how widespread exposure to these fields is’ https://www.cancer.gov/about-cancer/causes-prevention/risk/radiation/electromagnetic-fields-fact-sheet

This could help explain why cell phone signals have been shown to cause cancer in rats. Apparently that study doesn’t mean humans are at risk, but I found the report of it disturbing*.

Another thing that 5G supporters keep saying is that the signal is in the high frequency microwave bandwidth, unlike traditional masts. Microwaves make things warm as we know from cooking, but I read the astonishing claim that the signal can’t harm people because the energy is absorbed by the skin, not by any ‘critical organs’. Although I’m not a doctor, I’m convinced that skin is quite important (along with equally exposed eyes and testicles). Indeed, I found a study that suggests the signals affect the complex chemistry of sweat ducts and the immune system and this seems to be something that needs further work.

What’s also missing here is the rather crucial fact that networks will actually be using a wide range of frequencies, including the traditional low frequency band (around 700-800 mega hertz) which penetrates deep into the body and has already been linked to cancers. The exact mix of frequencies used by antennas will depend on location and the frequency rights owned by mobile companies, but as a general rule, the high frequency band that allows higher internet speeds will be supported by mid and low range bands that travel further and penetrate buildings. 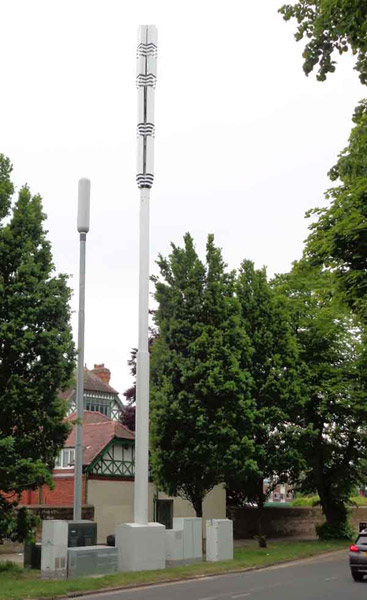 I think the main message here is that the saturation of our environment by radio waves is about to be taken to a new level, with more frequencies, more energy and more masts. This is a planet wide experiment, but by the time we fully understand the effects of the various radio frequencies it could be too late. Every organism is a complex electrical system and birds and insects have delicate organs that we don’t even understand yet, like the ones used for navigation. One laboratory study showed 5G causing havoc with bees; these results are disputed but I haven’t found any experiments that prove the opposite (this seems to be a pattern).

The possibility that radio based technology has been killing animals and making people sick for the last hundred years is not something most people want to take on. You could say the technology is worth the cost, though probably someone said that once about tobacco, asbestos and radioactive materials. For one thing: we still don’t know all the reasons why insect populations are dropping so drastically. We should remember there are powerful business and national interests pushing each new wave of communications technology and this government has only just given up trying to push fracking on us. 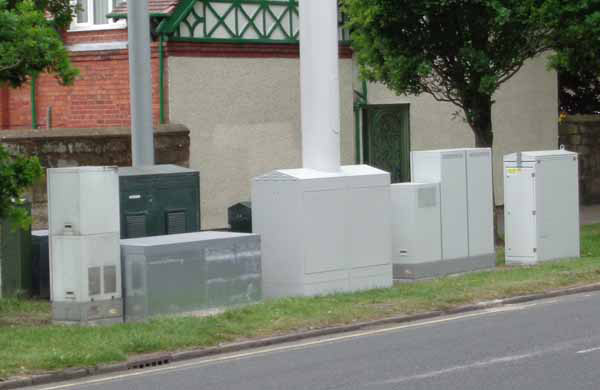 This year sees the launch of dozens of satellites as part of the global 5G roll-out and Liverpool is now installing its own network of transmitters. This is attached to a year-long trial to see if super-fast internet will help deprived people and reduce the digital divide.

‘The consortium will use this technology to reduce the digital divide, while measuring the impact on patient monitoring and support, management of loneliness in older adults, aid to independents living in the home and the facilitation of communication between hospitals and the community’. https://uk5g.org

It is unlikely that this trial will have any real bearing on the UK roll-out, considering the government support, and the suppression of criticism that’s been notable in recent weeks. The roll-out is a huge business opportunity and will involve selling millions of new gadgets, which I suspect will be marketed to people who actually have money. Again, concerns about Huawei and national security seem to be something of a decoy, and there has been no real discussion about whether most people really need or want 5G.

Not surprisingly there is resistance. In January millions took part in a global day of action against the roll-out. In April a number of new masts were torched in the UK, including Liverpool, but at least some of this was motivated by daft fears about the corona virus and now the straw man tactic is being used to claim that all objectors are unscientific if not actually insane. The city of Brussels has stopped the masts (also Glastonbury, Frome and some councils in Ireland). This movement has now gone way beyond the tin foil hat wearing community, although it may turn out that in the future some kind of special hat will be necessary to prevent brain tumours.

‘We, the undersigned scientists, recommend a moratorium on the roll-out of the fifth generation, 5G, until potential hazards for human health and the environment have been fully investigated by scientists independent from industry. 5G will substantially increase exposure to radio frequency electromagnetic fields… and has been proven to be harmful for humans and the environment.’ Statement to the EU signed by 372 scientists (and counting) (http://www.5gappeal.eu)