What would Stan Ambrose,1 that veteran campaigner and folk hero, have made of what has happened to his beloved Festival Gardens?

When these gardens were opened in 2012, Stan was surprised but delighted. He had feared the worst, sceptical of the hype that the site was to be “restored to its former glory”.2 He wasn’t slow to praise the Council and the developer3 when he saw the work though, “credit where it’s due” he said.

A new road has been driven through these precious gardens. It goes from the development zone in the north past the water courses constructed with straw bale drainage. Then past children’s play area and the mobile cafe, and skirts the bug friendly rocks, before winding its way on up past the picnic area and on to the southern grasslands; with its Skylarks and bee orchids.4 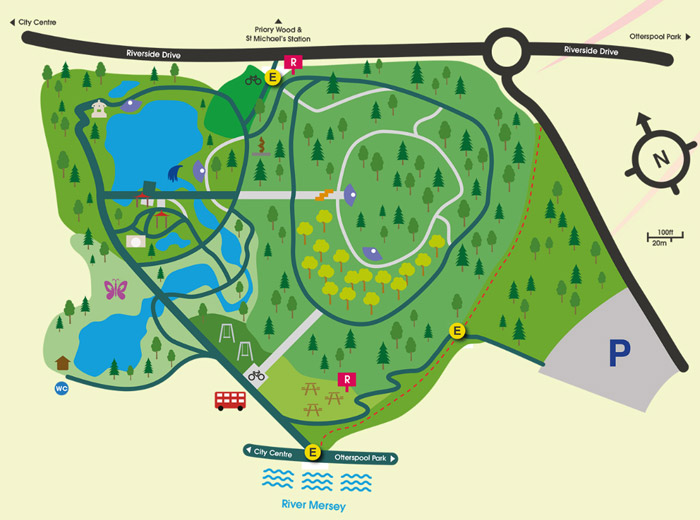 Stan had been at the front of all the campaigns since the 90s to make this former landfill5 a resource for people and wildlife. He was at the public inquiry, in 2007, where environmentalists had argued for a sustainable plan called ‘Greening the City’. This was for an Eden Project6 type Eco village, combining nature and technology and dealing with the heavy pollution under the site in an environmentally friendly way. But the developers and council plan for luxury housing won; the new gardens being a trade off. This inquiry also stipulated the detailed procedures to deal with the highly toxic waste, including asbestos,7 buried on the site. 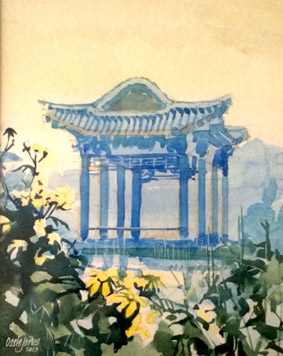 Painting of the Pagoda by campaigner and journeyman artist Ossy Jones

Stan would visit this place nearly every day for its tranquillity, for its birds and other fauna and flora. There was a Land Trust charity8 with trained rangers and volunteers who looked after it. But sadly the trust collapsed and the workers were sacked. Since then the gardens, although still beautiful, have become a bit neglected.

And now there’s the road!

This new road has been built so that waste can be moved about the site. But remember this is hazardous waste containing asbestos, and one tiny fibre in the lungs can be a death sentence. Digging up and moving hazardous waste through a public area is a dangerous plan. Asbestos needs to be left alone or taken to a specially regulated centre.

So what would Stan do? First he’d vent his anger, then he’d play his harp and chill everyone out. Then he’d say: “I feel a campaign coming on, what’s our plan? 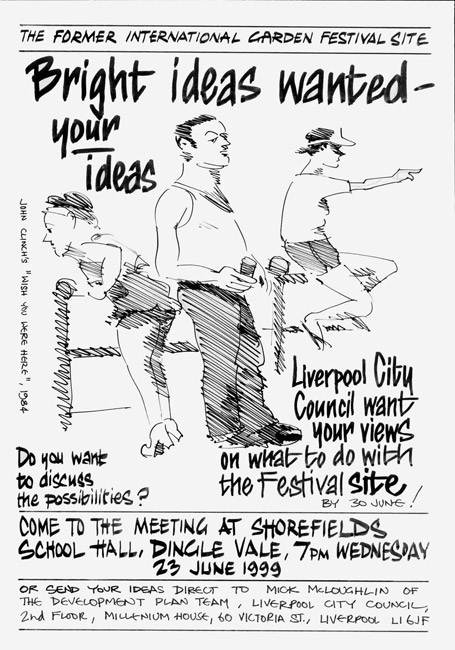 Previous Post: SayTheirNames: Standing up to Racist Violence after the Hanau Shootings in February 2020
Next Post: ‘Pop-up’ plans to shut One Stop Shops