Rob Harrison does a roundup of the tunes that are buzzing round the Nerve office at the moment. 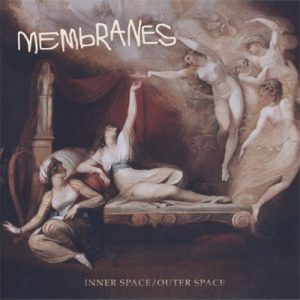 Wow, this is an amazing album. This must be a contender for one of the best albums of the year. It seems to fire out in various different directions and all at the same time.

Ged Babey, who reviews this album on the Louder Than War website, describes it as a magnificent sprawling epic, which is a good way of describing it.

So basically this album, Inner Space / Outer Space, is The Membrane’s first for about 26 years. They are not ones to do things by halves having roped in their old friends from the post punk industrial scene to help remix the tracks here. These include Youth from Killing Joke and Mark Stewart from The Pop Group. In many ways it reminds me of Psychic TV in the way they would throw different kinds of things together in a post rock / post classical way.

The Membranes started life back in Blackpool in 1977. John Peel championed the band, playing their post Fall / post punk thrashes on his show and in turn gaining them a big following nationwide.

After various line-up changes the band fell away but John Robb, founder and singer, kept going in Goldblade, a post punk spin off band, so now they have returned but not just reading from the same old page. They have literally set fire to it. Brilliant . 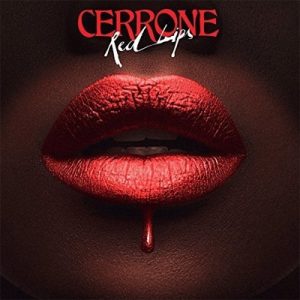 If you want to strut your funky stuff this is the album for you. Cerrone, a veteran of of the Seventies disco scene, famous for the single Supernature, a neo-futurist disco trip, which I bought back in the day containing elements of George Clinton funk and synthesized drums. Something which the American band Sparks would eventually move into.

But this time, rather than leading the way in terms of a musical advance, he has opted for a retro feel in the blog to the album. Cerrone says he wanted to recreate the feel of being in Studio 54 in Seventies New York.

It’s late night groovy disco music, Y’know the sort of music you would listen to as the taxi would take you back home from a club in the small hours of the morning .

And so, apart from the retro moan, this album rocks. it’s packed with guest stars old and new. Hot Chip make an appearance and the last track with Tony Allen, an afro beat funk workout, is pretty amazing 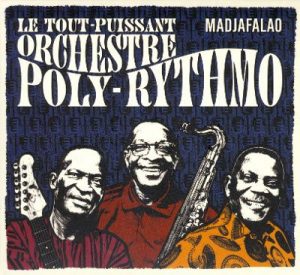 This is also brilliantly produced by one of the founding fathers of Afro beat. Like Tony Allen in the above review this could be described as a hybrid of styles, mostly African highlife and Afro beat, but at the same time manages to sound modern that still keeps an element of traditional African music. An achievement in itself as many of the musicians working on the project date from the late sixties and early seventies.

After many line-up changes and political upheavals in their own country the band is back together, playing what they call poly Rythmo, which is an embracing of many types of music, which include American soul and funk, Nigerian Afro beat and highlife to create this hybrid of musical styles.

So check this album out, but also check out the older stuff. There are brilliant compilations on Poly Rythmo groups from 1972-1974. Some of it sounds like Sun Ra, so
there you go, that’s Christmas sorted. 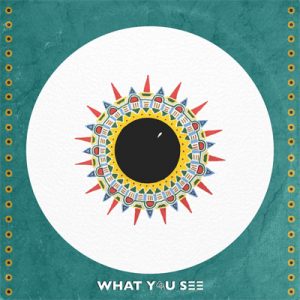 What You See
By The Rivers
For The People Records Label

Part of that Englishness is to be quite poppy, no rebel stance here. We will leave that to the Clash and The Specials. But what the Rivers do is great reggae tunes and for that they get the recommended label here. 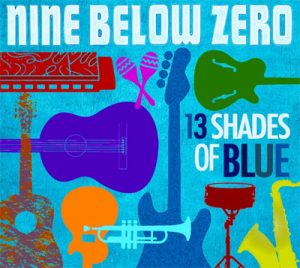 13 Shades Of Blue
By Nine Below Zero
Zed Records Label

As a rule really good live bands, when they eventually get to make a record, usually ends up a pale comparison of the live show,, sometimes through lack of money or just the wrong producer. But not so NBZ. They have transferred the energy from the live show to the recording with an enviable ease, but if you read their blog they are very fussy who is at the controls of the mixing desk, so it’s not just a happy accident folks.

Nine Below Zero started at the height of punk, rather unfashionably playing Chicago blues, but their no-nonsense straight ahead style caught the moment, as punk also sought to strip down music to its bare essentials after progressive rock.

!3 Shades Of Blue is made up of old blues tracks, given the Nine Below Zero treatment. it’s really great. One my favorite tracks is It’s Your Voodoo Working, but there are plenty more on the album. So this is a treat for Chicago blues fans everywhere . 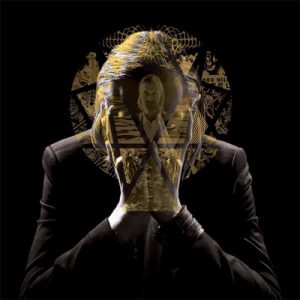 The ghost of Gram Parsons and The Flying Burrito Brothers looms large in the background of this new release from Kieran Leonard, now named St Leonards Horses.

Kieran Leonard is a singer/songwriter. His songs are quite good but I think he fails to capture this on the album.

He consistently overrides the significance of the tunes, bashing through them with dull drums and lack of climaxes, similar to Blair Dunlop’s platter earlier this year, who insisted on live recordings in order to get a form of spontaneity, but overall lacks a sonic coherence In the recordings.

In an interview he sees the spontaneity of Exile On Main Street by The Rolling Stones as an inspiration. I think Exile was spontaneous because most of the Stones were not there for most of the time, so whoever was around at the time got to play on the tracks.

I think the credit can go to the producer Jimmy Miller for keeping it together (he actually drums on some of the tracks ). As I said in the NBZ review, sometimes the the producer is not given the credit he deserves when people just want to herald the star as genius.

So Kieran Leonard now follows the well worn alt country path, as so many bands have of recent times.

Is it lucrative? Is it a money spinner? Who knows. Maybe a remix might help.