Photos and review by Natalie Romero

Packing a punch from the off, the newest release dropped Feb 16th, not even a week after the band finished their latest UK tour, and this one sees Red Rum Club prove they can hold their own in the realms of political twists in music.

Calexico, for valuable background knowledge, is a place in southern California in the United States, right across the border from Mexicali, Mexico. The 2010 United States Census reported that ninety-six per cent of residents in this area, regardless of race, were Latino. That’s 37,354 people out of 38,572.

This town is also half of one of the fifteen pairs of ‘sister-cities’ that line the United States/ Mexico border, which, without the presence of a physical border fence, or wall, would be indistinguishable from its other half. Had the Mexican-American War of 1847 not ended the way it did, with the US adding almost half of what was then Mexico to their lands on winning the war, these cities would have been one and the same.

This background is important to consider, given the current political climate all around the globe that sees immigration at the centre of attention, after multiple immigration and refugee crises, and a controversial shift in political leaders. This has lead to increasing political polarization and a frightening increase in ethnic and racial tensions worldwide.

So, with this in mind, what are Red Rum Club trying to bring to our attention, with this catchy, all-set-to-be-a-hit song?

On the surface, this is a punchy, actually quite positive sounding ballad. A further layer in, and it immediately becomes much darker, littered with allusions to social segregation and the border-town underworld of Tarantino movies… It could be construed as a love story of sorts, as well as a warning; either way it is none the less intriguing and rather addictive listening. 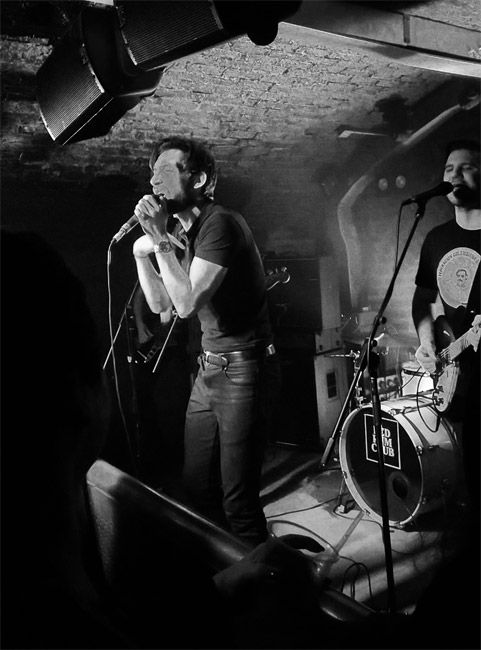 Red Rum Club are becoming increasingly well-known for their powerful sound, which in many ways, just the title ‘Calexico’ surmises. This song progresses the Liverpool sextet’s love for shadowy lyrics and imagery, into the world of political edge. And of course, it’s that tremendous trumpet that leads us along it.

Tom Williams, who plays guitar in the band and sings, explains, “We’ve personified Calexico the place, into a person. It is more sinister to what we’ve done before, but we hope that we’ve disguised that by making it as enjoyable as possible too!”

Links to Red Rum Club on Spotify and Facebook