In late 1918 Robert Byrne, a Limerick postal worker was sacked for his union activities and attendance at the funeral of an Irish Republican volunteer. He was subsequently court marshalled and charged with possession of ammunition and a revolver found at his Mother’s house, which some speculated at the time may have been planted. He refused to enter a plea on the grounds that the British Army had no right to try Irish citizens. He was sentenced to twelve months imprisonment with hard labour and went on hunger strike over the authorities’ refusal to recognise him as a political prisoner. 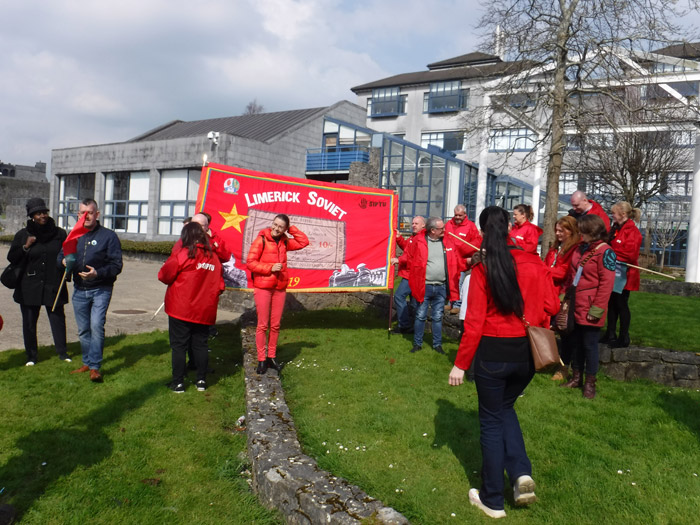 He became so ill that he was moved to the work house infirmary, where conditions were so bad that his comrades resolved to rescue him. As a result he was seriously injured by a police gunshot and a police officer was killed. Robert Byrne later died from his injuries. Thousands lined the streets as he was carried to the cemetery on April 9th 1919. Alarmed by such strength of feeling amongst the local population the ‘Defence of the Realm Act’ was invoked by the British Crown and martial law was imposed on Limerick. Permits were issued in an attempt to control movement in and out of the town. The local trades and workers council, led by John Cronin, agreed that they would not recognise the British Army’s powers and set printers to work producing propaganda to encourage the people of Limerick to support the general strike they had called. The strike was almost universally supported and on 14th April the Soviet of Limerick was born. The people refused to accept the permits and the strike committee printed money which people could use in the local shops as promissory notes which were redeemed by the strike committee. 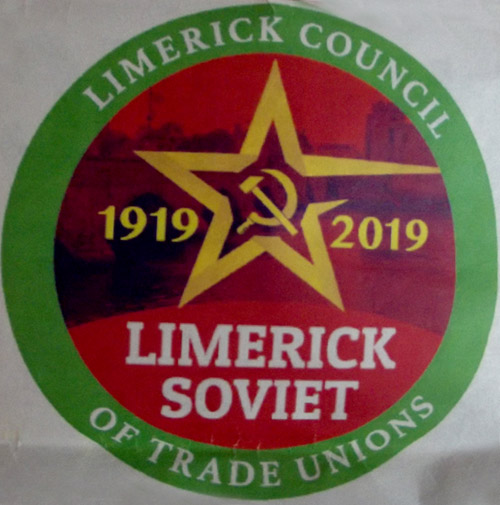 Unfortunately the Soviet only lasted two weeks, until 27th April, in part as it was not supported by Sinn Féin, the national trade union body or the national Labour Party. Ultimately the Strike Committee called off the strike after the local Catholic bishop and the Mayor brokered a resolution whereby workers would apply to their employers for a permit to enter the special military area rather than directly to the British Army – thus ending the dispute. This April events were organised in Limerick to mark the centenary. Our local singer/songwriter Alun Parry has written a song about this forgotten piece of revolutionary history entitled ‘The Limerick Soviet’ and 3 members of Liverpool Socialist Singers went over to join the commemoration and sing Alun’s song. 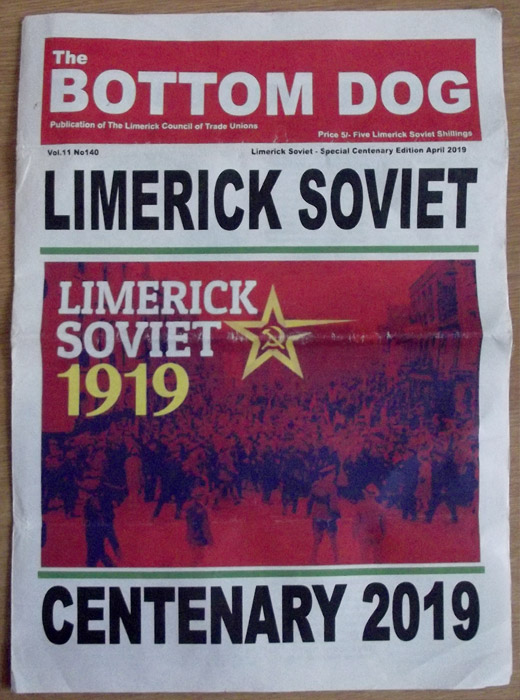 We started out north of Limerick in Westport, followed by Kinvara, receiving a warm reception at each when we performed the song at their respective traditional music sessions. At both, people commented that they were unaware of this important piece of history. We then went onto Limerick and attended the Limerick Council of Trade Union’s parade, which opened the month long commemoration of the Limerick Soviet, where a wreath was laid in memory of Robert Byrne. The local mayor spoke supportively of the Soviet, trade unionists had their say and we had the privilege of representing Liverpool Socialist Singers who had been invited, and singing Alun’s song Limerick Soviet, for which were given a warm and comradely reception. Here are the words:

1919 was the year the trouble all went down,
The defence of the realm act was invoked by the crown
They imposed martial law upon old Limerick town
And they made the local people foot the bill

The local trades and workers council met for 12 long hours
And said we will not recognise the British Army’s powers
This city is the peoples, we reclaim it now as ours
It ever was and shall be ever still

For further reading on the Limerick Soviet and Robert Byrne check the following links: 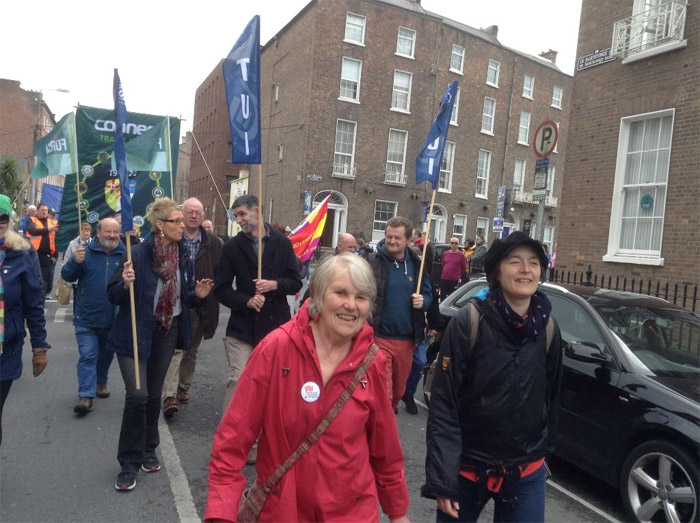