Nerve contributor Lisa Worth has written a feature about Sarajevo, the capital of Bosnia, in which she puts forward the view that the city’s narrative is as rich and fascinating as it can be bleak.

Sarajevo, the capital of Bosnia – Herzogovina, is an enigma.

Mosques, synagogues and churches vie for position on the horizon, in a city where temperatures can hit plus 30, and plummet to minus 30.

It wowed the world as the first communist host of the Winter Olympics (when part of Yugoslavia), but just ten years later Sarajevo was the scene of utter devastation during the longest siege in modern warfare.

Harun drove me from the airport to my digs in the city centre.

He said: ‘Forgive me my English. For many years we only had one day a week at school, sometimes nothing.’

“School” was ad hoc and held in the basements of private homes. Rarely could the rest of the house be used, out of fear of sniper fire. 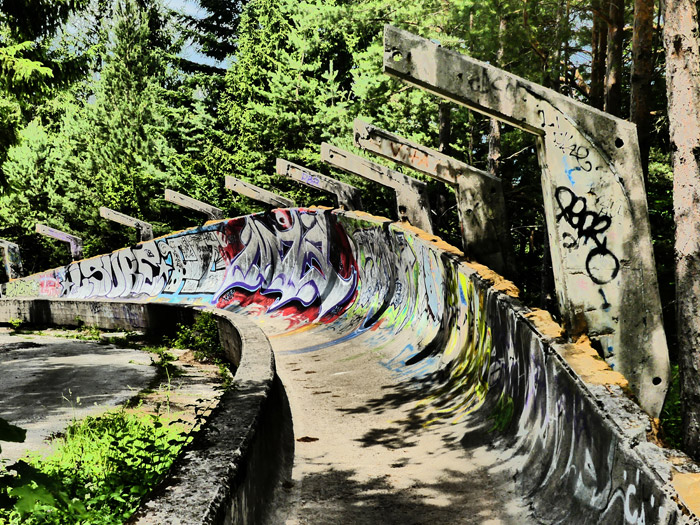 But Harun was looking forward.

He said “I’m very lucky. I have a good job as a driver, and I have two beautiful daughters. For them life will be better”.

At the funky flat that was to be my base, I was met by Roberto.

The obligatory tour of the digs complete, he too volunteered his experience of the siege of Sarajevo, which lasted 1,425 days.

Roberto said: ‘For years we had no electricity, no water, very little food. For years. Every day 350 mortars landed, right here.’

His business – like mask shifted a little, containing his emotion as he said: ‘And the international community, they left us, abandoned us. To die ‘.

The war ended in 2001 after the Dayton Agreement. In Sarajevo 11, 541 people lost their lives, and it was clear that it was still too recent to be ignored in conversation.

But Sarajevo’s narrative is as rich and fascinating as it can be bleak.

Evocative of the Ottoman empire that once ruled here, artisans populate the labyrinth beating copper into artefacts, and the aroma of the finest tea tempts you in for a brew and baklava.

Mosques and madrassas from the 15th century sit minutes apart from the Catholic church and the 16th century synagogue, evidence of open-mindedness that was in stark contrast to the bigotry of Western Europe at the same time.

Following the Miljacka river towards Nuevo Sarajevo (the new town) brings you alongside the Latin bridge, where the assassination of Archduke Ferdinand – the heir to the Austrian Empire – triggered WWI.

But evidence of the most recent conflict returns in the Nuevo area, as buildings randomly sprayed with pock marks line the main artery connecting the city. 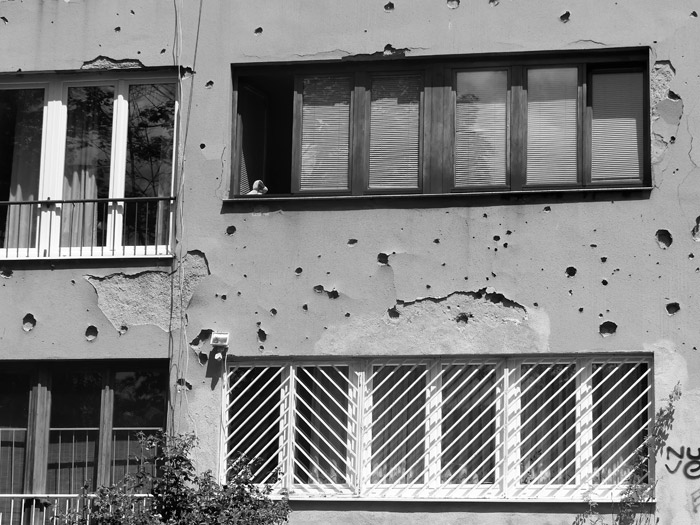 Once known as Sniper Alley, it’s where the very worst of the conflict was played out in full view of the canary yellow Holiday Inn, which became the HQ for the international Press core.

Watching people hang their washing out of flats that still display serious war damage, is sobering. A reminder of the prosaic nature of post – war; no time to dwell, just a pressing need to get on in the best way possible.

Although many of them have sustained considerable damage, they shout out the assumed power and might of the communist era to which they belong, incongruously alternating with glossy glass shopping complexes. A nod to the new narrative of capitalist aspirations.

Sarajevo is a green city, abundant with mature trees and tranquil parks that soften the most austere Communist era housing. And something else that draws the eye are the “roses” that decorate the pavements.

It’s an attempt to turn the heinous (indentations made by murderous mortars), into something decorative. There’s one in the wonderful fruit and veg market too. 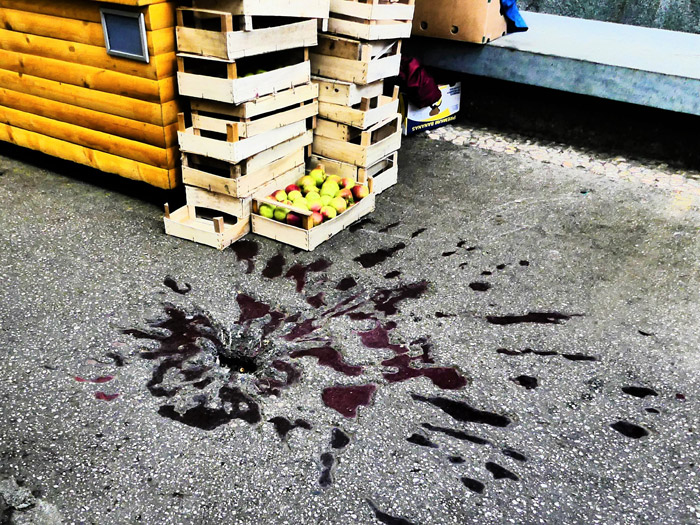 A generous clutch of sports facilities are still very much in use, a legacy of the 1984 Olympics. But it’s up in the mountains where you can see the greatest reminder of those historic games.

The Trebevic cable car, re-opened in 2018, affords a wonderful view of Sarajevo’s stunning – and vulnerable – location, encircled as it is by a ring of impressive mountains. And at the summit are the remains of the Olympic bob sled and luge track.

After decades of neglect, a war and being used by the Serbian forces to transport arms, the track is in poor condition, although you can still get a sense of what it would be like to hurl down it flat out on a tea tray!

But its new role – that of an alpine gallery for Sarajevo street artists – has repurposed this otherwise obsolete facility into something dynamic and contemporary.

There’s been talk of renovation, allowing for winter sports again, but as BiH is heavily dependent upon Foreign Aid to survive, it seems unlikely that the funds will be available anytime soon.

Investing time in Sarajevo is rewarding.

The dark days of conflict cannot be sidestepped, and nor should they be. But that is far from the whole story.

The city has a laid back and welcoming vibe and throws up some truly beautiful images as you wander around its diverse neighbourhoods.

It pulsates architecturally and artistically, and there is an energy about it that suggests an optimistic approach.

But Sarajevo’s most valuable resource is its people. Warm, open and curious, their humour, optimism and desire to connect is a lesson in resilience.

I talked with a young student working as a waiter, who was saving for a trip to Spain.

When I asked what he would like to do with his life, he explained that many of his family – his father included – had gone to Germany to earn a better living.

But he said: “Not me. I want to stay here and work, because it’s my home. I want to make Bosnia great. I love my home.”

Tourism is something of a dirty word lately, due to the excess of visitors to the world’s hotspots. But not only does Sarajevo want you to visit, it really does need you to visit. And it’s deserving of it too.