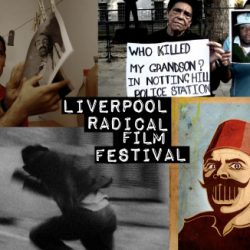 The Liverpool Radical Film Festival is on from Oct 22nd to 25th and they will be screening a range of powerful films covering such issues as the deaths of black people in police custody, abuses against the Kurdish population in Turkey and the most relevant British band of today Sleaford Mods.