Music reviews by The Screaming Target of the past releases from January and February 2022. 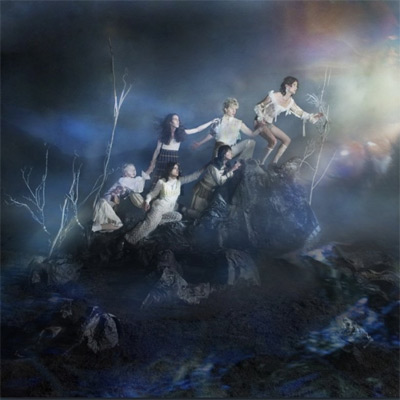 Walt Disco – How Cool Are You?
New Single from the new album Unlearning
Available 1st April 2022

At first glance, Walt Disco look like a street gang from the Warriors, well, with maybe a touch of kiss thrown in for good measure. Add some high kicking dancers from a Busby Barclay movie and there you have it.

The band’s new album out in April is a concept album, based around an imaginary stage show in two acts. But a sense of play remains throughout, wrapped up in Hollywood glamour. The bands take their cues from the inspiration provided by David Bowie”s Diamond Dogs and Ziggy Stardust and more recently Sparks.

I think this is a brilliant use of the musical idiom within a rock context. It’s a way of clawing back (I personally feel) the original idea of musicals as a valid form of musical expression. Rather than the naff ghetto, which the musical genre has become through the work of Andrew Lloyd Webber and others of his ilk.

Over the two slides of the new album the band talks about love and various interchangeable identities in relation to their own bodies. This new album then, follows similar lines to Parcels last album, Something Greater, released and reviewed here in November.

Once again the album is divided into two which represents the duality of our characters, our sexuality and how we become shapeshifters. These various identities, some revealed, some hidden.

The non-binary situation or preference, that means not defined by sexuality or gender, seems to be becoming a topic for discussion with various groups nowadays. I mentioned before about David Bowie and his musical influence in regard to adapting some of the trappings of glitzy Hollywood glamour to the rock idiom.

He can also be credited with starting a discussion about what we shall call sexual fluidity, through that, brought gay politics into the musical forum back in the Seventies. 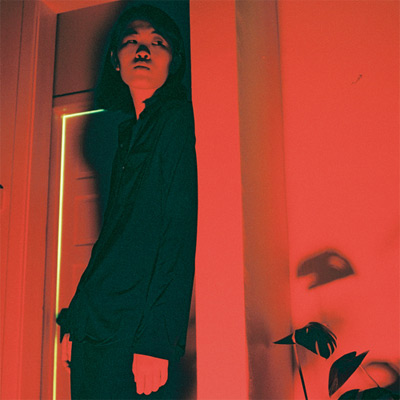 Another song preview of an album due out soon and another slice of exquisite darkness. Once again the artist turns to theatrical modes to create a musical landscape.

The name NoSo is shorthand for North / South. It is a reflection on people referencing their exact location, asking if they are North or South Korea as a way of defining their origins.

Abby Hwong, remains neutral. They do define themselves as a non-binary Korean-American musician and songwriter. Abby, originally from a Chicago Suburb, now based in LA, wanted to create what they termed a “weird song”, in order to achieve this various screenplays were written. From this source material Abby would pull out various lyrical ideas.

Abby would then pretend to be the different characters in the screenplay, acting them out for the song. By that process, creating a separation between creator and creation.

This separation then, was a way of moving away from yourself and into alternative areas of songwriting production, like a cut up perhaps. 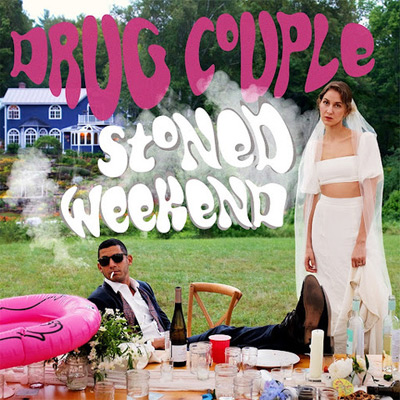 Drug couple as the label says, is a little bit hazy, a little bit blissed out, and all the better for it. The drug couple are actually a couple, featuring Miles on vocals and guitar with Becca on vocals, bass guitar and harmonica. According to the PR statement their influences cover such bands as Dinosaur Jr, Lemonheads and Yo La Tengo.

To me they sound like Royal Trux, in terms of an addiction to crazy scuzzy blues. Alternatively, you could say it’s the Rolling Stones on cheap drugs. But could you imagine the Stones doing anything on the cheap. Anyway, I think we we have moved slightly off-piste.

To be honest, it’s actually a really good album. So lets head back to the PR blurb which also says “it sounds like Neil Young”, I think it’s more along the lines of Gram Parsons, probably sharing the Stones cheap drugs, it’s sorta scuzzy-country. pretty good scuzzy-country at that, especially when Becca Robinson adds her talents to the vocal duties. The overall cosmic country mess begins to make sense.

And so here is a brief bio of the band: they hail from New York Brooklyn and went to Vermont on March 13th 2020. Due to lockdown, they got stuck there, and decided to relocate, getting into the country vibe and putting this album together. The best tracks are Linda’s Tripp (what else), Wyld Chyld and Still Stoned. Out now Via Papercup Music.