Katy Brown reports on Saturday’s protest at the University of Liverpool, one of over 100 such actions to take place around the world to mark World Day for Animals in Laboratories, as last years’ figures for animal testing at the institution are uncovered.

A small protest was held outside The University of Liverpool’s Life Sciences building on Saturday, 24th April, as part of a global day of decentralised actions to mark World Day for Animals in Laboratories. The traditional large march and rally – held at a different location in the UK each year, due to take place in Liverpool in 2020 and now postponed for a second year – was replaced with a decentralised day of smaller actions around the UK and beyond. This culminated in 100 such protests targeting institutions which conduct experiments on animals and organisations with continued involvement in the animal testing of their products. Actions were organised by at least 89 groups in the UK and 11 across Europe and the rest of the world including Australia, Belgium, Italy, Canada, Netherlands, Philippines, Poland and Sweden.

Campaign group Vivisection Exposed has filed Freedom of Information requests to universities around the country and uncovered that Liverpool University conducted 15282 animal tests last year. The animals used were cows, sheep, mice, rats, rabbits and hamsters and 1295 of these experiments were classed as inflicting severe pain; 6152 were classed as mild and 6618 as moderate in terms of the pain the animals were subjected to.1 In addition, the group uncovered that LJMU conducted experiments on 57 animals last year, 40 rats and 17 mice, all of which were subjected to moderate pain.2 Local group, Merseyside Animal Rights, members of which were involved with the protest, say that it is disappointing that the university continues to test on animals, despite ongoing calls for it to stop this outdated practice, however there has at least been a significant drop in the numbers used for the first time since the group started reporting them in 2014 3:

The group says they hope that this is not an anomaly due to Covid but the beginning of a new trend in line with the university’s supposed commitment to the ‘3Rs’ – the principles of reduction, refinement and replacement with regards to animal testing; and the development of alternative methods, which the university claims it is committed to. However, they say, it is very distressing that 397 more animals were subjected to severe pain in 2020 compared to the previous year.

Elsewhere in the North West protests took place at the University of Manchester, Manchester Airport and Unilever’s Port Sunlight site. The University of Manchester conducted experiments on 97506 animals last year, using mice, fish, rats, frogs and gerbils, while Manchester Airport is one of the two remaining domestic airports which allow animals to be flown in for use in research laboratories, including wild caught primates. Unilever – despite making positive statements and progress on eliminating animal testing – has a huge market share in the household product sector which routinely tests ingredients on animals. It also chooses to sell to China which requires imported products to be tested on animals.4, 5 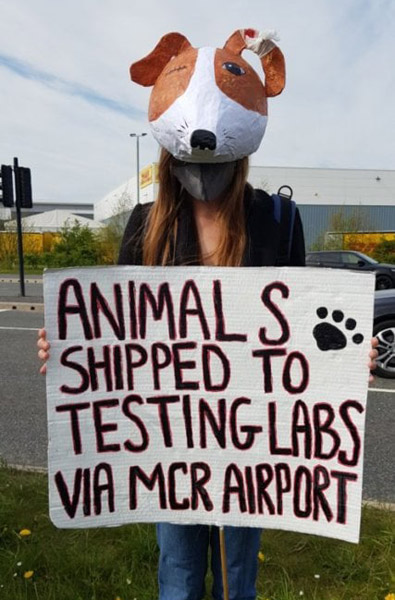 Actions around the UK and beyond

Other targets on Saturday included:

The Ministry of Defence’s highly secretive Defence Science and Technology Laboratory, Porton Down, which in 2017 experimented on 3,865 animals, including monkeys, mice and pigs. Nerve agent tests have been exposed using guinea pigs where researchers were looking to induce substantial incapacitation; gasping; continuous tremor; writhing and the production of tears. The existence of a breeding colony of marmoset monkeys has also been uncovered; a 2015 paper describes forcing marmosets to inhale the Ebola virus.6 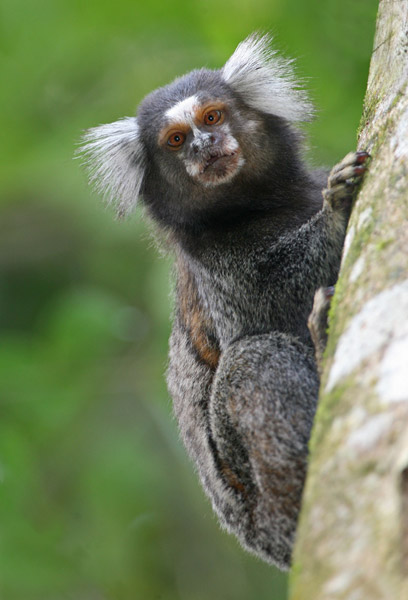 Contract research organisation Covance which in 2017 used 7,042 non-human primates in cruel and often deadly tests; administering test compounds to monkeys via a thick plastic tube called a gavage, which is forced up their nostrils or down their throats with some tests being conducted daily for over a year. Covance incorporates the laboratory formerly known as Huntingdon Life Sciences, and a protest was held at the HLS site in Huntingdon.7

MBR Acres, a Cambridgeshire facility which breeds thousands of beagles to be used in the research industry.

British Heart Foundation which funds highly invasive experiments involving dogs, goats, pigs and rabbits as well as large numbers of fish with healthy animals having often been grievously injured to produce a condition that is markedly different from those found in human patients.8

Cancer Research UK which funds dozens of animal studies, mostly on genetically engineered immune-deficient mice, to inject with human cancer cells. A large percentage of these mice die in the womb or perish soon after birth from conditions that leave them unable to breathe or feed properly. Those who do survive often develop (unplanned for) tumours; degenerative diseases; suffer anxiety and are susceptible to stress-induced circling, pacing, jumping or back-flipping.8

Further afield 200 people marched in Madrid where a recent exposé documenting “gratuitious cruelty and abuse” towards animals at laboratory Vivotecnia has prompted the authorities to suspend the laboratory’s activities.9

This year also sees the launch of a petition to the UK Government to Ban Animal Testing and fund, accept & promote alternatives to animal testing.

Millions of animals are used in research and testing around the world every year10, causing immeasurable fear and suffering to the sentient creatures that are used, whose capacity to experience fear and pain is largely underestimated. World Day for Animals in Laboratories was instituted in 1979 and has been seen as a catalyst for the movement to end the suffering of animals in laboratories around the world, and to campaign for their replacement with advanced scientific non-animal techniques.

The accuracy of non-human animals as models for both toxicity testing and human disease research is increasingly being called into question.11 Differences between species means that the results delivered are often inaccurate and frequently dangerous. Nine out of every ten new drugs developed and passed as safe and effective in animals never lead to any human benefit due to ineffectiveness or unexpected toxicity when trialled in people.12 The use of non-human animals is actually delaying medical progress as well as posing a safety threat to those who volunteer for drugs trials. There are increasing calls from within the scientific community to replace the use of animals in research with more sophisticated, accurate, human relevant models.13 Campaigners say that such a move would benefit both people and animals; that alternatives need to be actively funded, and that replacing animal tests does not have to mean putting human patients at risk or halting medical progress. Instead, they say, replacing animal testing should improve the quality as well as the humaneness of our science. Unfortunately however, despite there being no rational moral justification for using animals in experiments they say there are massive bureaucratic hurdles to implementing alternatives which the Government should remove. 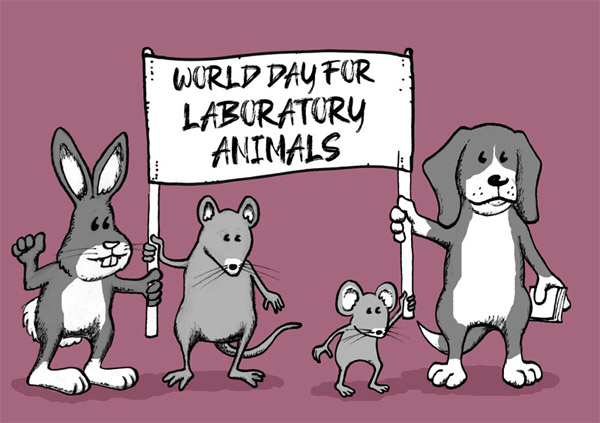 Steve Moss of Merseyside Animal Rights said “We were excited to organise our annual protest to highlight the numbers of animals used at Liverpool University as part of a global decentralised day of action this year. We were hoping to host the annual march in Liverpool this year, cancelled last year due to Covid and not possible this year due to the pandemic. That this has led to the co-ordination of 100 actions around the world has been a silver lining of this current situation. We hope there will be other silver linings too; that recent months will have encouraged people to think differently, and show more kindness and compassion to both each other and the animals we share this planet with. While the lower overall figures for animal testing at Liverpool University last year may be due to Covid, we hope that they are also the start of a downward trend that will continue into the future. This cannot detract however from how upsetting it is to learn that a total of 15282 animals were involved in experiments on our doorsteps last year, 1295 of whom were subjected to severe pain. The use of animals in experiments is one of the cruellest things that humans do to our fellow creatures and is also misleading, giving inaccurate results which don’t apply to humans, and unnecessarily hampering medical progress.”

To find out more about what happened at the different locations around the UK and the world, and to see more photos plus videos and speeches from the protests please visit the WDAIL facebook page.