Nerve contributor Lisa Worth has written a feature about the ‘Stop The Coup’ protest which took place on Saturday 31 August.

The Government’s latest move, to prorogue parliament, was described by Tom Crone, Green Party councillor for St Michaels Ward as: “An extreme twist of this BREXIT nightmare.”

Cllr Crone was speaking at the ‘Stop The Coup’ demonstration in Williamson Square on Saturday, where an animated crowd demonstrated their fury at the controversial move by Boris Johnson.

People of all political allegiances and none, voters of Leave and Remain, came together to listen to the speakers. 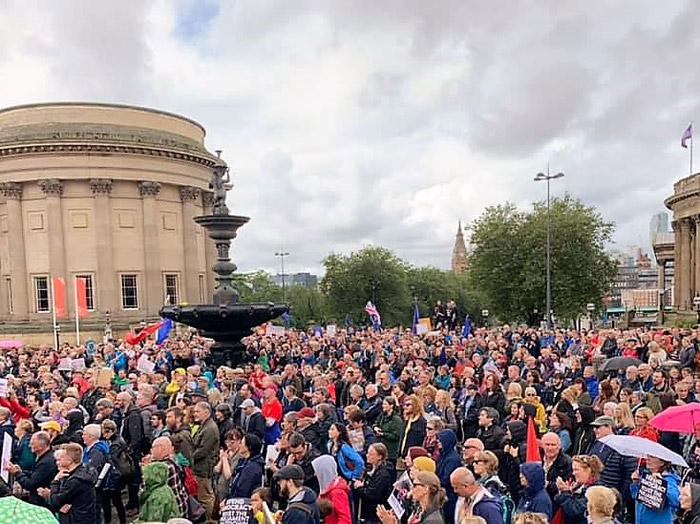 The event was one of 30 events co-ordinated around the country, where hundreds of thousands protested against this ‘anti-democratic’ decision to suspend Parliament. A decision regarded by many as a deliberate act to force through No Deal and shut down Parliamentary debate.

He said: “You have to see him there and you get the feeling that he doesn’t respect Parliament.”

He went on to deliver a personal message from Jeremy Corbyn, which read that ‘we are in a political crisis which must concern everyone whether you voted Leave or Remain.’

Anne O’Byrne, Labour Cllr for Warbreck, called Boris Johnson the man ‘who thought he would be King’, and said that this was a clear attempt to silence dissenting voices. 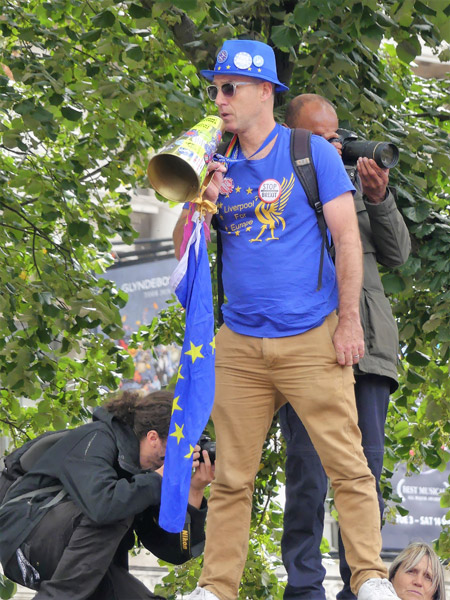 Adding that a No Deal BREXIT would hit working people the hardest, she said: “It will affect working people going overseas for education, for work – it won’t affect the rich like Johnson and his friends. They’ll be alright.”

I spoke with a married couple from Huyton, who preferred to remain anonymous.

They had both worked at Vauxhall, Ellesmere Port most of their working lives, and were uneasy.

They said: “There is a lot of fear, talk of the plant closing if there’s not a deal because of the parts being imported. We’re all really worried. There’s no other jobs to go to.”

The PSA Group who own Vauxhall have been clear that although they want the new Astra to be built on Merseyside, it depends on the terms with the EU post – BREXIT. Leaving without any deal whatsoever puts that in further jeopardy. 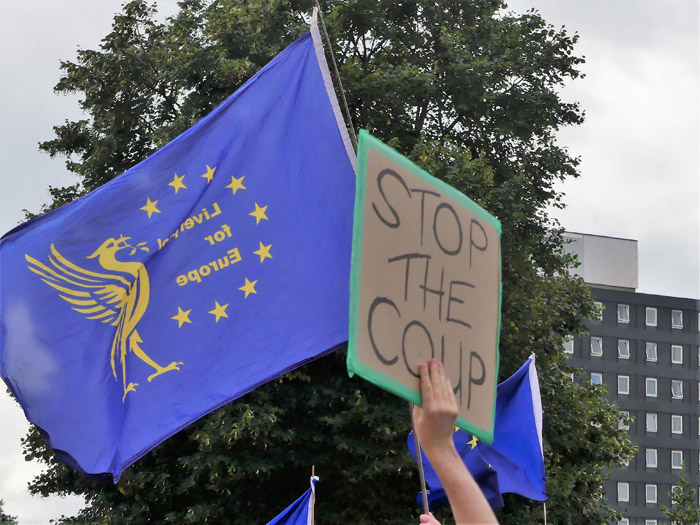 Labour MEP Theresa Griffin talked about the 30 thousand people that cross the border between the Republic and Northern Ireland every day.

The new cancer centre at Altnagelvin hospital supports patients on both side of the border. If this becomes restricted, patients in Donegal will face a gruelling journey to either Galway or Dublin for treatment.

She also highlighted that official Government figures project a 12% downturn in the Merseyside economy, if a deal isn’t agreed.

Further, regular demonstrations are planned in the coming days, at St Georges Plateau.