Rimrose Valley Country Park is one of Liverpool’s hidden jewels. Look at the map and you’ll see that it is the biggest park in the city region, even larger than Sefton Park. Unlike its more celebrated counterpart, it is made up of wild and semi-wild green space. There are no grand entrances, flower beds or bandstands; but there is peace, beauty and an escape from the hustle and bustle of city life… and it is loved. Its future is under threat. Stuart Bennett from the Save Rimrose Valley campaign explains why.

January, 2017 and the borough of Sefton, to be precise.

Highways England held a consultation on its plans to improve links between the newly expanded Port of Liverpool and the nearby motorway network. It presented the public with just two “options”, which can – fairly accurately – be described as “bad” and “worse”. Option A would compound the misery of communities living alongside the existing A5036 port access route, whilst Option B was set to carve up the last remaining green space of its kind in what is already a heavily urbanised area.

Later that year and ignoring the outcome of its own consultation, Highways England took a punt on the latter and chose to pursue what it must have viewed as the path of least resistance. This meant that the future of Rimrose Valley, and all its biodiversity and carbon-capturing properties, not to mention the links it provides between the surrounding communities, was in serious doubt.

Fast forward two-and-a-half years and – incredibly – very little has changed. The hugely unpopular project is massively behind schedule, has faced one legal challenge so far, encountered enormous opposition from the public, politicians and the CEOs of national environmental organisations… and is limping towards a statutory consultation on a ‘final’ road design that has yet to be agreed.

How hard is it to draw a red line on a map?

Very, it would seem.

In truth, there is little or no support for the Government-led project.

Why, then, is it still on the table?

As ever, the clue is in the name.

The Port of Liverpool, owned and operated by Peel Ports Ltd, has big plans. Construction of its deep-water terminal finished in 2016, meaning it can now accept the “world’s biggest container ships” (more on that later…) from across the globe. What is more, Peel Ports has purchased some shiny, new, big, red cranes… and it desperately wants to use them. 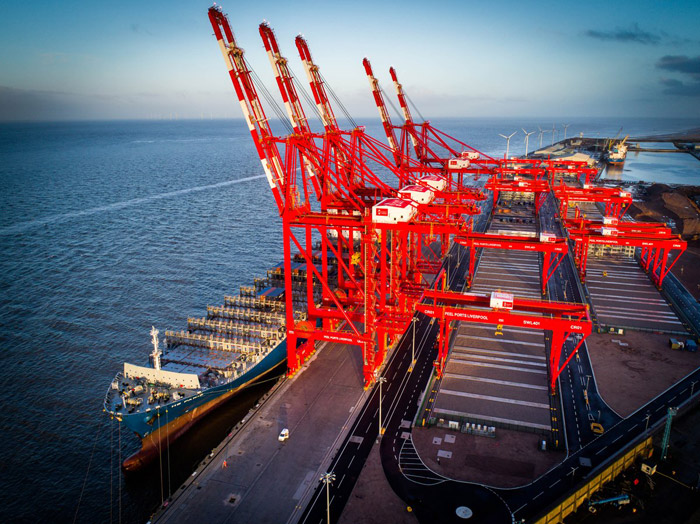 The trouble is; no one thought about the infrastructure needed to support the Port’s expansion – and the subsequent traffic it would generate – in advance. Instead, routes across Sefton are being choked by the ever-increasing volume of HGVs coming to and from the Port which is damaging roads, shuddering nearby buildings, rattling windows… and polluting the air we breathe. South Sefton already has some of the worst air quality recordings in the UK and is failing to meet EU targets. Yet residents are bracing themselves for even more pollution from the sea (ships) and the land (HGVs).

This is because roads – even tunnels – and all the traffic they support, have had their day.

We are facing a climate emergency and transport is the single, biggest contributor to the UK’s climate-wrecking carbon emissions. Of that transport, HGVs are by far the worst polluters.

Pursuing 1970’s transport policies in the 21st century at a time when we are facing environmental challenges the likes of which we’ve never seen before is not simply lazy; it is reckless and negligent.

By instructing Highways England, the UK Government fell at the very first hurdle. If you ask a company whose sole purpose is to build and maintain roads to come up with an answer to an infrastructure problem, the chances are it will involve tarmac.

What should have happened – and crucially what still can happen – is this.

The Government must instruct independent experts in sustainable transport and infrastructure to fully explore non-road alternatives to the movement of freight.

This could involve a properly funded rail solution and greater use of the Manchester Shipping Canal. ANYTHING which keeps containers and the HGVs needed to transport them off roads through residential areas and on the motorway network, where they belong.

This would not only would protect vital green space; it would go a long way to addressing the terrible living conditions alongside the existing route, by removing the vast majority of port-related HGVs altogether. In turn, literally millions of miles of polluting HGV traffic would be saved each year in Sefton alone.

Consider the positive effects this would have on the region’s carbon emissions, not to mention the health of its residents.

But, it’s not just about the HGVs. Excessive use of cars and vans and our non-commercial vehicle use is a very real issue and a huge amount of work needs to be done to bring about a change in all of our behaviour.

However, add to this the pollution and emissions generated by “the world’s biggest container ships” and, sadly, the Port of Liverpool is presiding over an environmental disaster. It has been said that just one of these ships produces the same level of emissions as 50,000,000 diesel cars; a statistic that is both astonishing and depressing in equal measure.

When you consider that some of these ships are travelling thousands of miles to import wooden pellets, made from felled virgin forests in the US of A to be burned at DRAX power station in Selby… and taking up a vital train link in the process, it all begins to sound like some kind of sick joke.

BUT all hope is not lost.

The current scheme is well over two years behind schedule and we, as a country and a planet are experiencing something of an environmental awakening.

Caring about green space, wildlife and clean air is no longer the preserve of ‘tree-huggers’. Old and young alike have been turned on to the fact that we are living on borrowed time.

The climate emergency, in all its horror, is front page news on an almost daily basis and this means we have to act – fast.

As if that weren’t enough of a justification for preserving what we green space have; we can now add the ongoing COVID-19 pandemic and the effect of the subsequent lock down and social distancing measures imposed.

Just where would we have been without Rimrose Valley and other areas like it across the city region? The park has been teeming with people – many discovering it for the first time – and is now busier than ever.

Where would all these families and individuals have gone if this land was a motorway with glorified verges?

Our campaign to Save Rimrose Valley – with all its ‘NIMBY’ sensibilities and which began life with a simple “NO ROAD” message – has evolved into something much, much bigger. 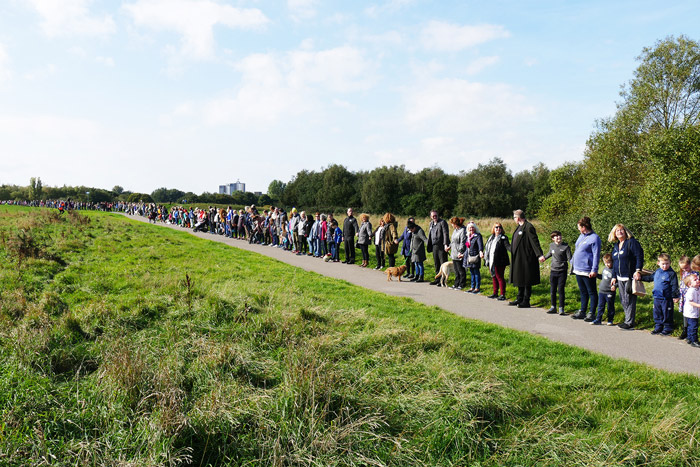 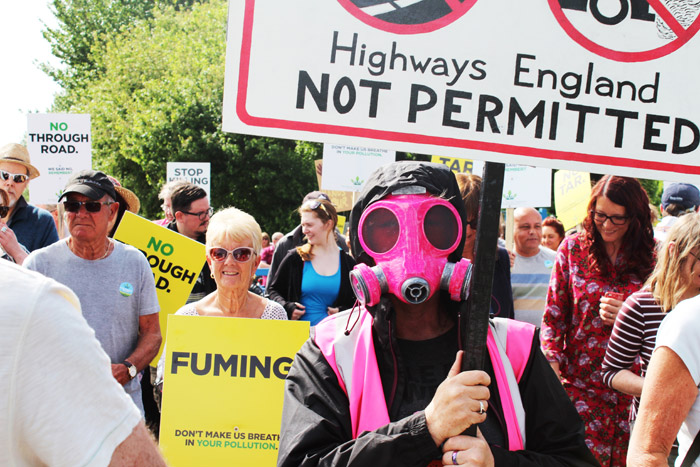 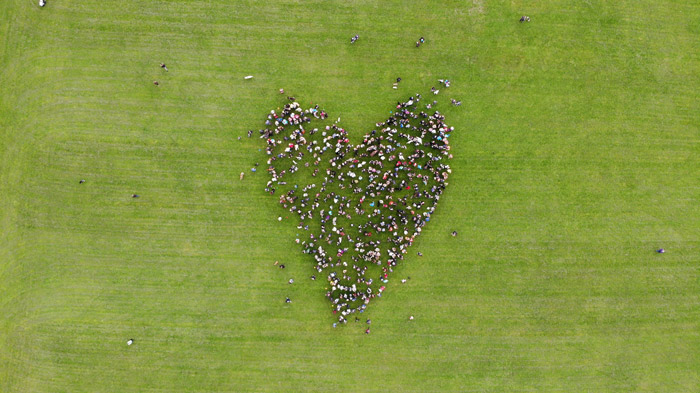 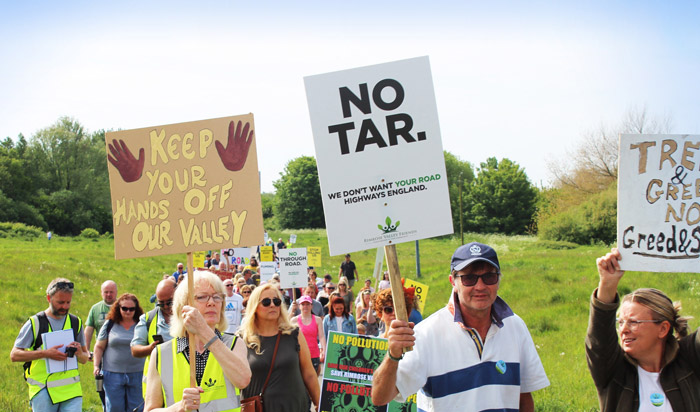 Our fight goes straight to the core of this government’s transport, health and environmental policies, its dealings with big business, and raises serious questions about what kind of democracy we really live in.

Recent Freedom of Information requests submitted by our team have revealed a very cosy relationship between Highways England and Peel Ports indeed. Detailed information has passed between these organisations in efforts to secure wider support for a scheme that the public simply does not want. We have complained to the Transport Secretary and the Information Commissioner and, at the time of writing, are awaiting a response.

The fact is, if we roll over and let profit-driven companies get their way all the time, we are accepting defeat and we are indeed, doomed.

This is why we cannot allow this to happen and will fight it every step of the way.

Furthermore, we need our politicians to step up and oppose these plans across the board. This is because, unlike many of the controversial planning decisions of the various authorities in the LCR, this is a national, Government-led scheme being imposed on the Borough of Sefton, against its will.

Whilst this opposition appears to be happening at a local level with Sefton Council and MPs Bill Esterson and Peter Dowd, the LCR and our Metro Mayor are far less vocal, which remains a major concern. 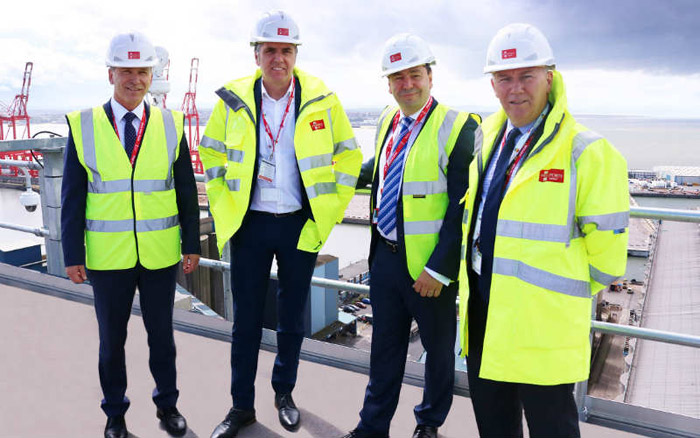 Unless or until there is a clear and unequivocal statement made by Steve Rotheram directly to Transport Minister, Grant Shapps in opposition to this scheme, the suspicion will remain that business interests – specifically those involving Peel Ports and the wider Peel Holdings group – will take priority over the rights and needs of individuals.

We hope that Steve Rotheram understands that, for all of the encouraging noises that he and the LCR Combined Authority make on active travel and improving public transport… a huge and irreversible environmental and public health disaster will happen on his watch, unless we unite against it.

Over the past two years or more, the Save Rimrose Valley campaign has built some serious momentum, gained many influential allies and we are in this fight for the long run.

So, what can YOU do to help?

Come and visit Rimrose Valley to experience all it has to offer.

If you do that, we believe you’ll fall in love with it and want to join us in our fight to save it.

We call on everyone from across our amazing city, with a passion for environmental justice and transparency in our democracy to join us in opposing this archaic, lazy, cheap and destructive scheme, which benefits no one but big business and laughs in the face of the climate emergency declarations of not just the government, but our own Liverpool City Region and Sefton Council.

Previous Post: National Theatre at Home: The Madness of George III
Next Post: Beauty and the Beast