The importance of access to outdoor space and nature for all has come to the fore during the current crisis. Josie Mullen highlights repeated attempts to destroy green spaces on Merseyside, and the strength of opposition and resistance to such plans.

Dozens of towns and cities across the UK have declared a “Climate Emergency”. Even the UK Parliament passed an extraordinary measure: a national declaration1 of an Environment and Climate Emergency, followed by Boris Johnson’s statement that the UK would lead the world in reaching a new zero-emissions target. However, as the old saying goes – “actions speak louder than words”.

And it seems that the government’s first environmental move, post declaration was to downgrade subsidies2 for electric cars. The £2,500 subsidy for plug-in hybrid vehicles was cut altogether, and the government reduced the grant for pure electric vehicles from £4,500 to £3,500. This followed on from a whole raft of environmental subsidies that have been axed.

On a local level, declaring a Climate Emergency is definitely “on trend” as, so far, 277 local authorities have done so. This would seem to be good news for green campaigners in the UK who are continually battling to save Greenbelt, Green Wedge and other green spaces. If we take Liverpool as an example, there has been campaign after campaign trying to save parkland and green space.

First, it was Sefton Meadows, which is separated from the main part of Sefton Park by a road. This was to be sold to the council’s “Preferred Developer” – Redrow.

So intent was the City Mayor, Joe Anderson, on selling off this green space that he enlisted the help of his grandson to make his point about this land sell-off. The mayor tweeted pictures of the boy in the meadow close to Sefton Park holding a football and looking glum. In the caption the mayor wrote: “Grandad you always bring me to the meadows and there’s never anyone here. It is always empty can’t we go the park #sad”. He followed it up with another picture of his grandson in Sefton Park looking happier.

However, local people set up an amazing campaign, even enlisting the help of Sex in The City celebrity, Kim Cattrall. The campaign group was well-informed, articulate and resolute……and won. 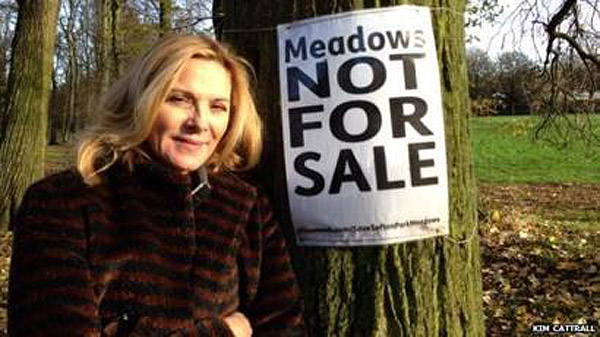 Next on Mayor Anderson’s list, was 50% of Walton Hall Park, which is located in North Liverpool. This time the land was going to be used for Everton’s new stadium. The scheme, Everton’s third attempt to move from its historic Goodison home in recent years, was beset by controversy, with local residents campaigning against a stadium, retail, and housing development on the park. Yet again, the Mayor underestimated “people power” and eventually capitulated, stating, “On the subject of the park itself, I can now say that the park will remain a park”.

Perhaps by now the City Mayor might have realised how important green spaces are. Report after report shows that they contribute to reducing carbon emission levels in cities, which makes air cleaner and healthier. Trees, grass and other green vegetation provide wildlife habitats. They are equigenic: reducing socio-economic health inequalities, facilitating activity and promoting better mental and physical health and well-being.

So, did the Mayor get the message…………no!

Next for the chop was the Harthill Estate, which is part of Calderstones Park, and yet again the developer was Redrow. This time the campaign ended up in the courts, having cost both local people and the council tens of thousands of pounds. In his summing up in the Old Bailey, Judge Kerr stated (re. the quality of the council’s submissions), “The meaning of a planning policy is a matter of law; planning authorities do not live in the world of Humpty Dumpty and cannot make policies mean what they want them to mean”. Yet again local people won.

The story, however, is not “happily ever after”. Thirty-three acres of, “the most beautiful green space in Liverpool” – Allerton Priory – was lost to – yet again – Redrow. Bixteth Gardens in the city centre was lost to a commercial development. 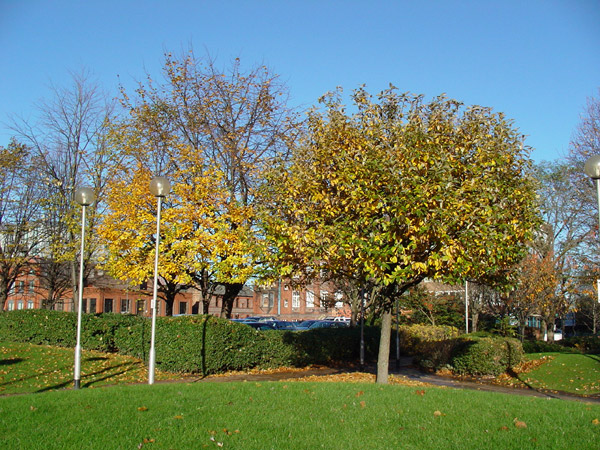 Straight after Liverpool declared a Climate Emergency, the council passed the development of yet another inner-city green space called the Flat Iron.

The time has come for people to reclaim their voice. There is a significant consensus of opinion that democracy is being trashed and that, in relation to Planning and green spaces, the public’s petitions, letters of objection and desire to conserve our Green Belt, Green Wedge and general green spaces are being ignored. Hence why people from all over Greater Merseyside are setting up the Greater Merseyside Assembly. This will bring together individuals from right across this area, from all walks of life with a vast range of expertise and enthusiasm. The objectives of the Assembly will be to share knowledge, debate current issues, organise events and be a strong voice for campaign groups. As another saying goes, “there’s strength in numbers” ….. so let’s put the power into the hands of the many, not the few !!

If you wish to find out more, email: GreaterMerseysideAssembly[at]protonmail or visit: https://greatermerseysideassembly.co.uk/