Lisa Worth discusses the stigma that the trans community often face.

When Kathryn Williams started a new business, she had no knowledge of the trans community. Her husband had walked out on her and their young son, and unable to go out to work due to unaffordable childcare, financial worries and social isolation, resulted in depression.

After losing faith in the doctor, an abandoned sewing machine and a pile of old fabric became her lifeline.

Kathryn, from North Wales, said: “The fabric, the colours and the creativity provided an escape, therapy. Sometimes I was given free lace and fabric, and it was accessible.”

As her skills developed so too did her ambition, and she decided to make herself underwear. Pleased with the results, she experimented with online selling.

She said: “I thought there was a market for beautifully made, bespoke underwear, but I hadn’t considered the trans community.”

Seven years later and they now make up the biggest percentage of her client base, as high street retailers don’t cater for a wide enough range of proportions.

The business has opened a window on a world that she knew little about.

Kathryn said: “It’s sad how judgmental people are. I can’t even tell my family who I sell to, because I know how they will react and the tension it will create.”

While there is more understanding of those who live in a gender different to that assigned to them at birth, those that cross-dress still endure vilification.

Dr Jane Hamlin is the President of the Beaumont Society, the oldest transgender support group in the UK. She said: “It’s virtually impossible to say how many transgender people there are because so many don’t wish to be known for a variety of reasons, including fear.” 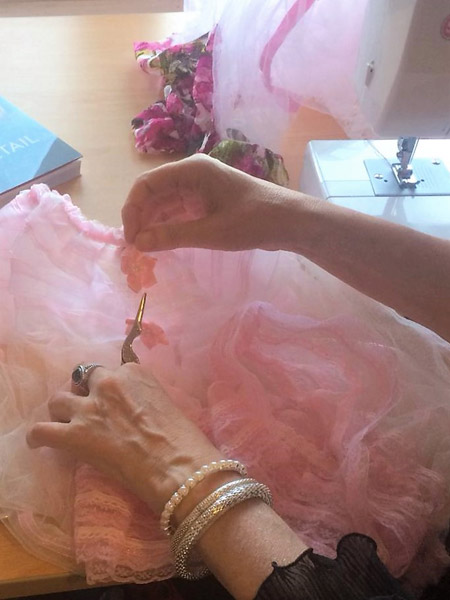 Dr Hamlin explained: “Transvestite is not a term that trans people are comfortable with, as some dictionaries define it as a fetishism. While this might be true for a few, not so the vast majority.

Likewise, transsexual is a legal and medical term for those who have transitioned, unpopular with people who have. The terms trans and transgender are much more preferred.”

Kathryn’s clients are very nervous about confidentiality, often using work addresses for orders, and asking for constant reassurance that the packaging is neutral.

Kathryn said: “The loneliness and the fear of being discovered must be devastating. They’re not happy with the deception, but they often feel that they have no choice because they don’t want to hurt those that they love.”

She added: “Some express a real fear that their wives might find out. Even some who are single have yet to “come out” and probably never will. One businessman I supply lives alone, and yet he’s still worried that his cleaner might discover him.”

Kathryn has high hopes for her business and wants to work more closely with the trans community, learning more about what her customer base wants.

She said: “My clients are so appreciative, and I feel privileged to have their trust. They’ve taught me a lot and I’m glad that my work brings some joy into their lives. I only wish that the stigma could be broken down.”

Previous Post: The Brotherhood Of Man – Tribute to Wallace Sturrock (1940 -2019)
Next Post: Death and the Maiden at Hope Street Theatre